State of the Empire Episode 22: Catching Up With The Clone Wars 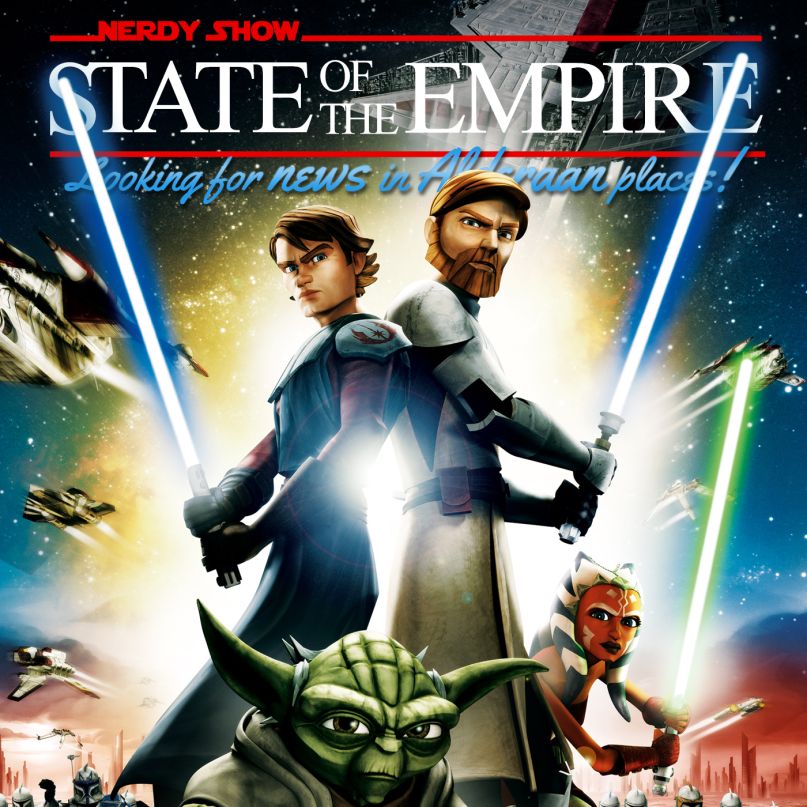 For those of us who were burnt by the Prequel Trilogy, the last thing we wanted were more stories from that era. But whether we wanted it or not, between 2008 and 2014, George Lucas and Dave Filoni’s The Clone Wars was the definitive Star Wars output. Taking place between Episode II and III, the series offered some much-needed character development for Anakin as well as the addition of many new worlds and characters, not the least of which was Anakin’s padawan Ahsoka. Those who did check out the series became die-hard fans, while the rest of us remained blissfully ignorant. Since the death of the Expanded Universe, The Clone Wars has remained canon and its continuity has since gone on to heavily influence the current Star Wars TV series, Rebels.

Now that the wounds of the prequels are healing, and the series has achieved a place of lasting relevance, we’re revisiting The Clone Wars! Cap, Doug, and Matt are joined by Nerdy Show host, Colin, who has just finished his journey through the entirety of the series as well as Rebels, and has emerged a changed man. Whether you’re clueless to Clone Wars like Cap and Doug, or fans like Matt and Colin – the current state of the canon demands that you explore what’s come before. Plus, if you stick around beyond the blast doors we share our feelings on the Rebels season 2 finale.