State of the Empire Episode 21: Snoke and Mirrors 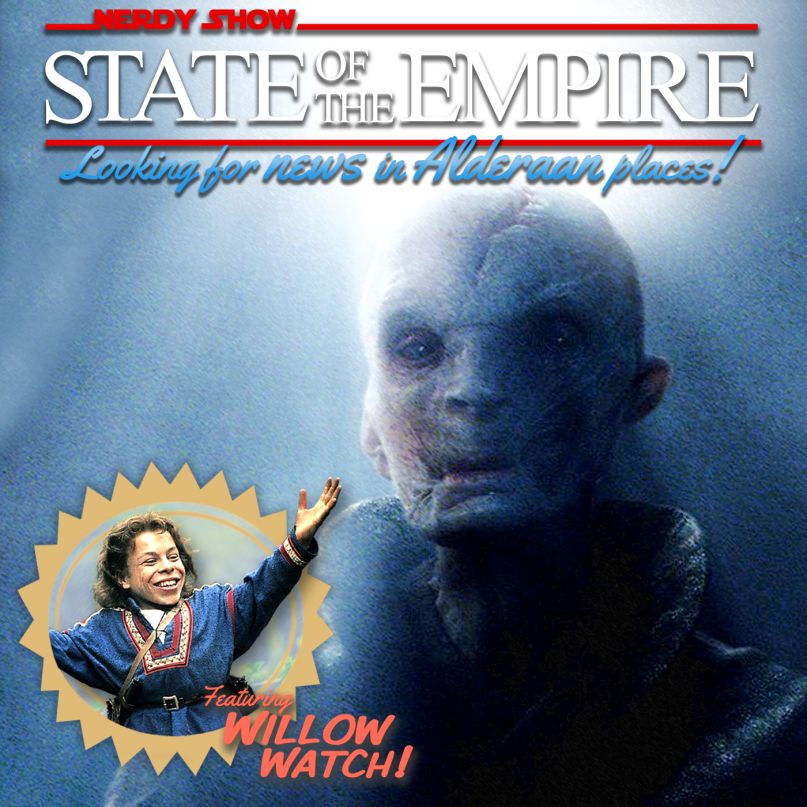 The Rogue One trailer took the world by storm and tantalized with its Original Trilogy mystique. Even though we’ve now seen it in action, much about the inaugural “Star Wars Story” is just as shrouded in mystery as it was before. Meanwhile, info, photos and speculation for the still-to-be-named Episode VIII keep pouring in, in addition to further analysis of the New Trilogy based on clues in The Force Awakens.

Join Cap, Doug, Matt, and Colin as they share their Rogue One trailer reactions and the latest news and rumors about the known, forthcoming films (with true spoilers locked safely behind the blast doors). We’ve got big news for post-Jedi storylines stemming from the novels, surprise cancellations of comic series, new video game announcements, a new Lucasfilm segment, and our fair share of theorizing on what’s to come and what it all means in the New Trilogy. For example: Who is Supreme Leader Snoke, anyway?


—Discuss Willow Watch on the Forums