State of the Empire Episode 20: The Mystery of Rogue One 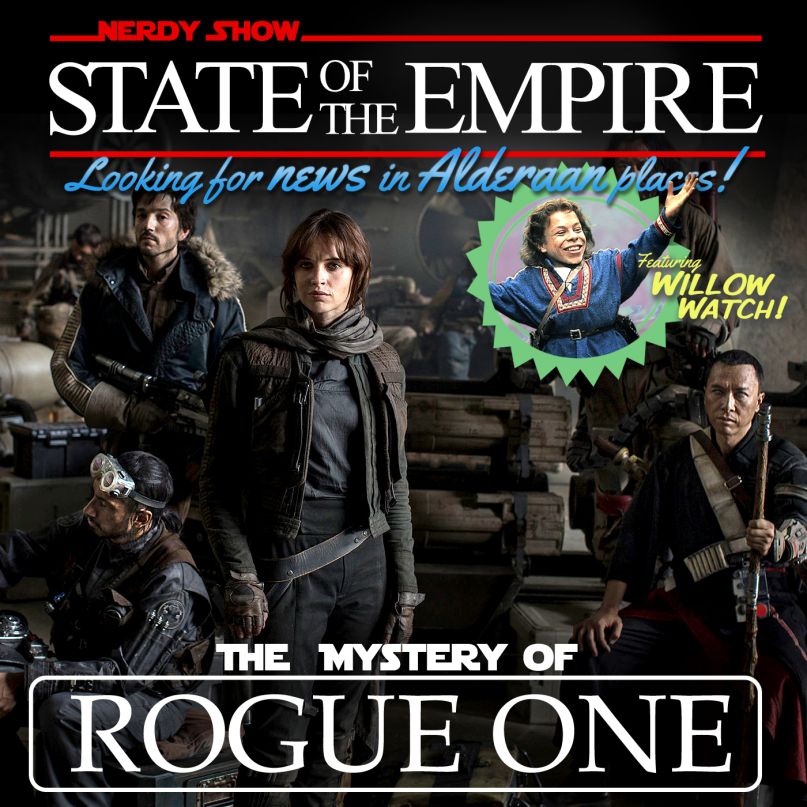 The Force Awakens has come and gone, but State of the Empire‘s quest is never-ending! The world is a-blaze with hype for 2017’s Episode VIII but what about 2016’s Star Wars film, Rogue One? It’s only nine months away and we hardly know anything about it! We might not even see a teaser trailer for another month!

Join Cap, Doug, and Matt as we pour over everything we know about Rogue One, all the exciting set photos coming out from Episode VIII, and the tremendously dark and universe-expanding course the Star Wars Rebels animated series is on. We’ve also got a first-hand encounter from Hollywood Studios’ Star Wars Launch Bay, the latest on this year’s roster of Star Wars comics, and further secrets and insights from the ever-growing galaxy far, far away.

— It Suits You by Kirby Krackle
— Star Bride :: Zantilla