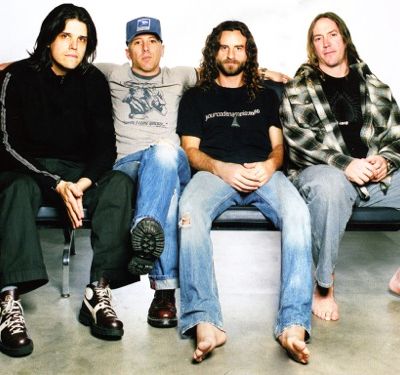 The band emerged with a heavy metal sound on their first studio album, Undertow (1993), and later became a dominant act in the alternative metal movement, with the release of their second album, Ænima in 1996. Their efforts to unify musical experimentation, visual arts, and a message of personal evolution continued, with Lateralus (2001) and the most recent album, 10,000 Days (2006), gaining the band critical acclaim, and commercial success around the world.

Due to Tool's incorporation of visual arts and very long and complex releases, the band is generally described as a style-transcending act and part of progressive rock, psychedelic rock, and art rock. The relationship between the band and today's music industry is ambivalent, at times marked by censorship, and the band's insistence on privacy.

D’Amour will make his debut with Ministry when they kick off a European tour in June.

Epicenter Festival has been a disaster of severe weather, traffic nightmares, and canceled sets

Performances from Tool and Judas Priest were called off as people were stuck in the parking lot.

The Tool singer assures fans that the release date is not make-believe.

An announcement 13 years in the making…

The Tool frontman ditches the riot gear as the band begins a new era of music.

Finally: Tool debut first new music in over a decade

The band premiered “Descending” and “Invincible” as part of their headlining set at Welcome to Rockville.

Win tickets to an upcoming Tool concert of your choice

by CoS Staff
12 comments

After holding out so long, could Tool’s music finally be made available on streaming and digital platforms?

Tool’s US tour kicks off Sunday, May 5th, with a headlining gig at the Welcome to Rockville Festival.

The California fest expands to a three-day event this year.

Tune in this summer for the bizarre pairing of guests on Hagar’s TV show.

20 Moments That Made Coachella What It Is Today

Tracing the history of how Coachella came to be America’s preeminent music festival.

by Tyler Clark
2 comments
Next
Popular