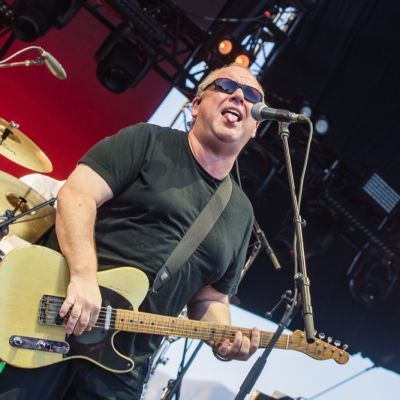 Formed in Boston in 1986, Pixies quickly became a mainstay of the alternative rock boom of the '90s. The group was originally formed by guitarist Joey Santiago and vocalist Black Francis, who met while both were studying at the University of Massachusetts Amherst, and shortly thereafter recruited bassist Kim Deal and drummer David Lovering. The band first came together in 1986, and a 17-track demo, informally titled the Purple Tape, earned them a spot on the stalwart indie label 4AD. Nine songs from the Purple Tape were released as the mini-album Come on Pilgrim in 1987. Their proper full-length debut, Surfer Rosa, arrived in 1988, followed by Doolittle in 1989. Both albums received considerable critical acclaim and expanded the group’s fanbase, featuring the Pixies’ biggest hits to date, “Where Is My Mind?” on Surfer Rosa and “Here Comes Your Man” on Doolittle.

During the tour in support of Doolittle, tensions between Francis and Deal escalated, contributing to the band’s decision to go on a short hiatus. Before recording and releasing Bossanova in 1990, Francis, Santiago, and Lovering moved to Los Angeles, while Deal formed The Breeders with Tanya Donnelly and Josephine Wiggs. Trompe le Monde followed in 1991, and, after touring the album, the Pixies called it quits. Between 1993 and the band’s reunion in 2003, its members worked on a variety of solo and side projects. Rumors of a reunion grew ahead of the band’s first tour in over 10 years in 2004. They made several appearances at festivals and toured on and off until Deal left in 2013. The band then released EP1, EP2, and EP3 -- later condensed and released as Indie Cindy -- and added A Perfect Circle bassist Paz Lenchantin to their touring lineup. Head Carrier, the sixth Pixies album, arrived in September of 2016.

In January of 2019, the band announced that their next full-length would be due out September 2019. In June, they announced that its name would be called Beneath the Eyrie and shared leading single “On Graveyard Hill”. The album would go on to be the Pixies' best-received since their return.

Album Review: Pixies Find Some Redemption on Beneath the Eyrie B

Pressed on red vinyl with the album’s original 16-page booklet.

Featuring “never-before-seen footage and interviews” as well past live performances.

How the Coronavirus Pandemic Is Crippling the Entertainment Industry

Things are bad and it’s only going to get a whole lot worse for the arts.

Inspired By The Kinks Playlist Airing on Consequence of Sound Radio

Billie Eilish, Taylor Swift, The Killers, Kings of Leon, Mumford and Sons, and Faith No More are playing the Madrid festival this summer.

The 20 Worst Rock and Roll Hall of Fame Snubs

Be prepared for plenty of scoffing and endless frustration.

The English artist was known for his work with the London-based label 4AD.

With support provided by Pixies, IDLES, and White Reaper.

Alt-J, Tove Lo, and Twenty One Pilots also set for the Madrid festival.

R.I.P. Kim Shattuck, frontwoman of The Muffs and onetime Pixies member dies at 56

Shattuck’s death was announced by her husband, who reported that she passed away after a battle with ALS.

by Wren Graves
Next
Popular