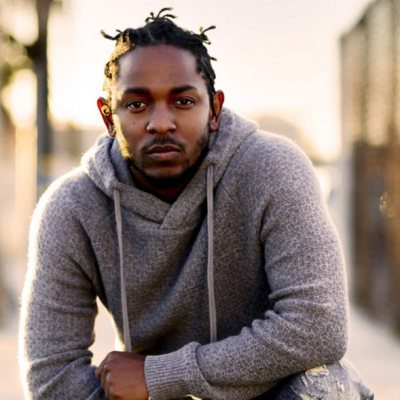 Kendrick Lamar Duckworth (born June 17, 1987), known as Kendrick Lamar, is an American rapper from Compton, California. Lamar embarked on his musical career as a teenager under the moniker K-Dot, releasing a mixtape that garnered local attention and led to his signing with Carson-based indie record label Top Dawg Entertainment (TDE). Lamar began to gain major recognition in 2010, after his first retail release, Overly Dedicated. The following year, he released the independent album Section.80, which included Lamar's debut single, "HiiiPoWeR". By that time, he had collaborated with several prominent artists in the hip hop industry, including The Game, Snoop Dogg, Busta Rhymes and Lil Wayne.

Lamar secured a major-label record deal with Aftermath and Interscope Records, in 2012. His major-label debut, good kid, m.A.A.d city, was released in October 2012 to critical success. The record contained the Top 40 singles "Swimming Pools (Drank)", "Bitch, Don't Kill My Vibe", and "Poetic Justice". It debuted at number two on the U.S. Billboard 200 chart and was later certified platinum by the Recording Industry Association of America (RIAA). Preceded by the Grammy Award-winning single "i", Lamar released his third studio album To Pimp a Butterfly, in 2015 to universal acclaim. The album drew on free jazz, funk, soul, and spoken word, and debuted atop the charts in the U.S. and the UK. In 2016, Lamar released untitled unmastered., a collection of unreleased demos that originated during the recording sessions for Butterfly.

Lamar has received wide acclaim and a number of accolades over the course of his career, including seven Grammy Awards. In early 2013, MTV named Lamar the number one "Hottest MC in the Game", on their annual list. Time named him one of the 100 most influential people in the world in 2016. Aside from his solo career, Lamar is also known as a member of the West Coast hip hop supergroup Black Hippy, alongside his TDE label-mates and fellow South Los Angeles-based rappers Ab-Soul, Jay Rock and Schoolboy Q.

Album Review: Kendrick Lamar Roars with Ingenuity and Reverence on Black Panther: The Album B+

Album Review: N.E.R.D. Gets Cool with a Little Help from Their Friends on No_One Ever Really Dies B

Album Review: A Tribe Called Quest – We got it from Here… Thank You 4 Your service A-

Album Review: Kendrick Lamar – To Pimp a Butterfly A

A decade passes in an instant.

The 2020s are shaping up to be a renaissance of sorts for both hip-hop and R&B.

by Chris Malone and CoS Staff

Relevant Content looks back on a decade of incredible albums.

A groundbreaking decade marked by unbridled artistry and grandiose execution.

by Candace McDuffie and CoS Staff

These beats and rhymes would give Freddy Krueger nightmares.

King Kendrick’s now-classic sophomore record has been on the charts or 358 weeks.

An effortless hit from the Top Dawg labelmates.

In celebration of the 2019 festivities, we crown the best of the long-running fest.

Alford gave birth to a little baby girl on Friday.

by Lake Schatz
Previous Next
Popular