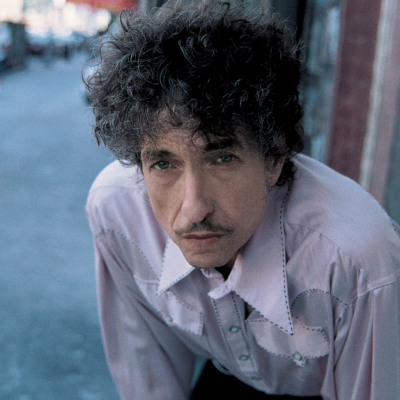 Bob Dylan (born Robert Allen Zimmerman, May 24, 1941) is an American singer-songwriter, artist, and writer. He has been influential in popular music and culture for more than five decades. Much of his most celebrated work dates from the 1960s when his songs chronicled social unrest, although Dylan repudiated suggestions from journalists that he was a spokesman for his generation. Nevertheless, early songs such as "Blowin' in the Wind" and "The Times They Are a-Changin'" became anthems for the American civil rights and anti-war movements. After he left his initial base in the American folk music revival, his six-minute single "Like a Rolling Stone" altered the range of popular music in 1965. His mid-1960s recordings, backed by rock musicians, reached the top end of the United States music charts while also attracting denunciation and criticism from others in the folk movement.

Dylan's lyrics have incorporated various political, social, philosophical, and literary influences. They defied existing pop music conventions and appealed to the burgeoning counterculture. Initially inspired by the performances of Little Richard and the songwriting of Woody Guthrie, Robert Johnson, and Hank Williams, Dylan has amplified and personalized musical genres. His recording career, spanning 50 years, has explored the traditions in American song -- from folk, blues, and country to gospel, rock and roll, and rockabilly to English, Scottish, and Irish folk music, embracing even jazz and the Great American Songbook. Dylan performs with guitar, keyboards, and harmonica. Backed by a changing lineup of musicians, he has toured steadily since the late 1980s on what has been dubbed the Never Ending Tour. His accomplishments as a recording artist and performer have been central to his career, but songwriting is considered his greatest contribution.

Since 1994, Dylan has published six books of drawings and paintings, and his work has been exhibited in major art galleries. On June 12, 2019, Netflix released the documentary “Rolling Thunder Revue: A Bob Dylan Story by Martin Scorsese”, a film consisting of footage from the 1975 Rolling Thunder Revue while also peppered with fictional characters and fabricated stories. Along with the film's premier, a box set of 14 CDs, The Rolling Thunder Revue: The 1975 Live Recordings, was distributed by Columbia Records on June 7. The CD’s include behind the scenes rehearsal recordings and five live performances.

As a musician, Dylan has sold more than 100 million records, making him one of the best-selling artists of all time. He has also received numerous awards including eleven Grammy Awards, a Golden Globe Award, and an Academy Award. Dylan has been inducted into the Rock and Roll Hall of Fame, Minnesota Music Hall of Fame, Nashville Songwriters Hall of Fame, and Songwriters Hall of Fame. The Pulitzer Prize jury in 2008 awarded him a special citation for "his profound impact on popular music and American culture, marked by lyrical compositions of extraordinary poetic power." In May 2012, Dylan received the Presidential Medal of Freedom from President Barack Obama.

Bob Dylan’s Rough and Rowdy Ways Plays It Too Tame: Review B-

Album Review: Bob Dylan – Shadows in the Night B-

Album Review: Bob Dylan and the Band – The Basement Tapes Raw: The Bootleg Series Vol. 11 A

Album Review: Various Artists – Dylan in the 80s: Volume One B-

R.I.P. Fiona Adams, Early Photographer of The Beatles Dies at 84

She also snapped shots of David Bowie, Bob Dylan, Jimi Hendrix, and Nico, among others.

Playing songs befitting of our current moment, including a reworking of “Lookin’ for a Leader” to fit the 2020 presidential election.

Rough and Rowdy Ways sent him over the edge.

Legendary folk artist returns to his own material for the first time in eight years.

The legend’s first album in eight years arrives next week.

Bob Dylan Cancels US Summer Tour Due to COVID-19

The trek was due to start the first week of June.

Dylan remembers Little Richard as “my shining star and guiding light back when I was only a little boy.”

She snuck in a new original song called “Strange Days”, too.

The legendary songwriter’s second new song in as many months.