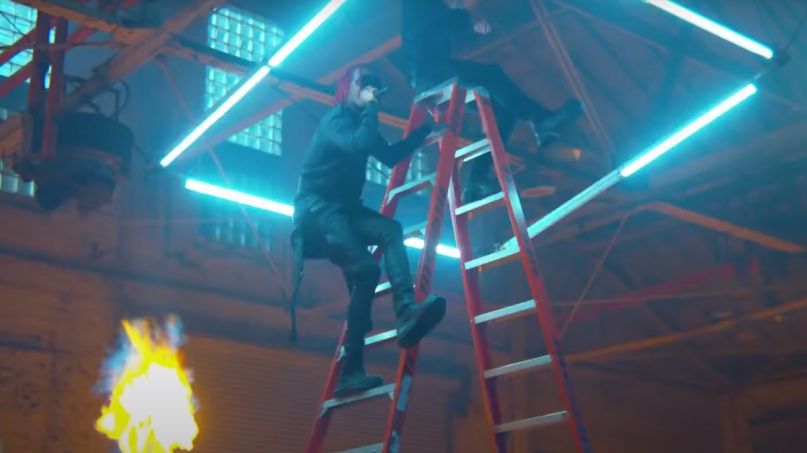 Playboi Carti unboxed his sophomore album, Whole Lotta Red, back on Christmas Day, but it has become the kind of gift that keeps on giving well beyond the holiday season.

Not long after its release, the album raced up the charts, giving the Atlanta MC his first-ever No. 1 on the Billboard 200. Now, Carti has supported the record with a fiery performance on The Tonight Show Starring Jimmy Fallon.

On Wednesday night, Carti delivered “Slay3r” from inside a dingy industrial warehouse. Channeling the thrash metal band that inspired the single, the rapper raised his own version of hell — dangerously swinging from the top of ladders and weaving between bursts of fire. Gnarly. Replay the video down below.