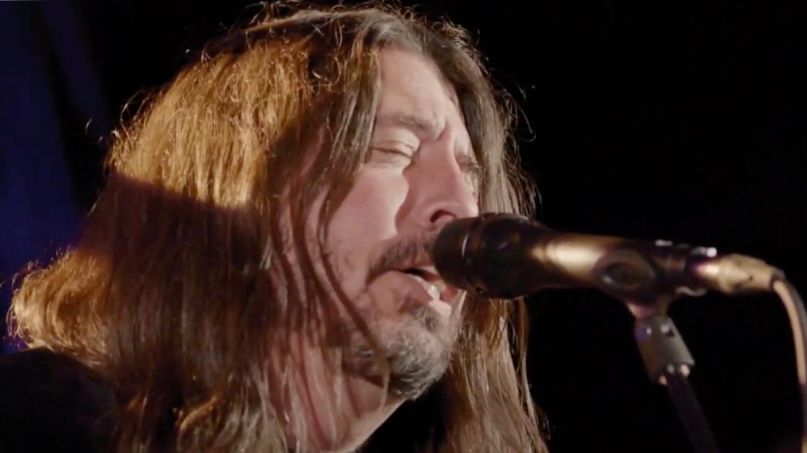 Led dutifully by frontman Dave Grohl, the Foos powered through “Times Like These”, their enduring 2002 hit. Grohl dedicated the performance to teachers, including First Lady Dr. Jill Biden and Grohl’s own mother Virginia. “This year our teachers were faced with unprecedented challenges, but through dedication and creativity they faced those challenges head on. So this next song is for our unshakable teachers that enlighten our nation’s kids every day.” Replay the performance below.

Foo Fighters are expected to drop their 10th studio album, Medicine at Midnight, on February 5th. In support of the highly anticipated record, they recently appeared on both Jimmy Kimmel Live! and Saturday Night Live.

Elsewhere during the Tom Hanks-hosted TV broadcast, Bruce Springsteen performed “Land of Hope and Dreams” and John Legend covered Nina Simone’s “Feeling Good” from the steps of the Lincoln Memorial. Earlier Wednesday, Lady Gaga sang the National Anthem during Biden’s swearing-in ceremony, and the New Radicals reunited to perform their ’90s hit “You Get What You Give” as part of Biden’s “Parade Across America”.