Nathan Apodaca, a.k.a @420doggface208, has been asked to bring his "good vibes only" 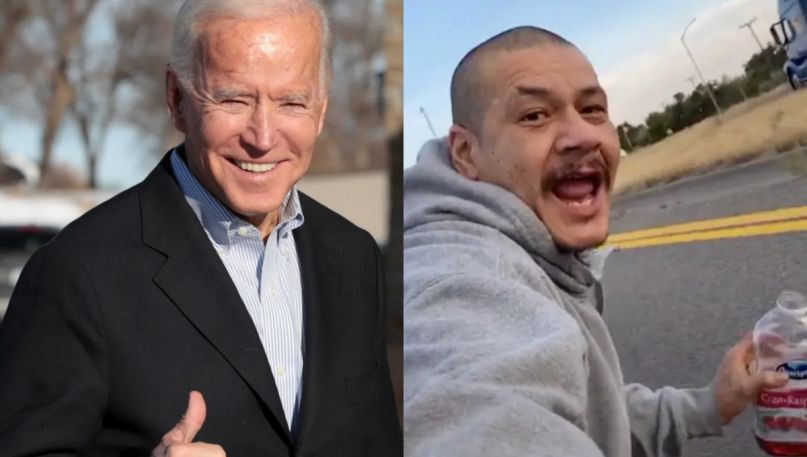 With that one loser finally on his way out of the White House, Joe Biden’s Inauguration Day celebrations are expected to be all about the good vibes. And who better to bring them than Mr. “Good Vibes Only” himself, Nathan Apodaca, a.k.a. TikTok “Dreams” skateboarder @420doggface208.

According to TMZ, the viral sensation is scheduled to appear as part of Biden’s virtual inauguration parade later this week. The President-elect’s planning team reportedly tapped Apodaca “because they saw how his feel-good video uplifted the world this past fall during social unrest and pandemic anxiety.”

For those who may have somehow missed it, Apodaca’s famed TikTok clip saw him skateboarding blissfully to Fleetwood Mac hit “Dreams” while sipping from a bottle of Ocean Spray. For a brief moment, the human race — including Stevie Nicks and Mick Fleetwood — actually had something to smile about in 2020.

Apodaca has “already shot something” for the “Parade Across America” from his home in Idaho Falls. Per suggestions from Biden’s team, the footage will likely incorporate Doggface himself, his skateboard, and this little nearly-forgotten emotion called happiness. Perhaps his new fiancée will even make cameo?

Biden’s “Parade Across America” takes place this Wednesday, January 20th. It will also feature a reunion of the New Radicals, who are slated to play their ’90s smash “You Get What You Give”.