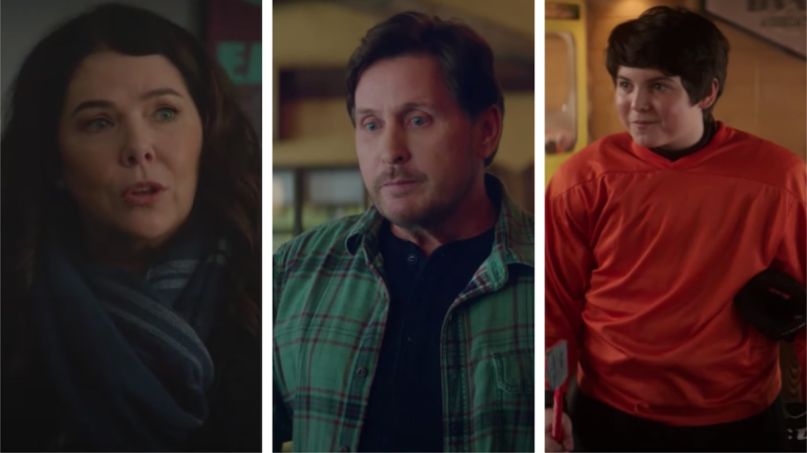 Disney+ has dropped a trailer for The Mighty Ducks: Game Changers, its new spinoff series based on its beloved 90s kids hockey franchise. Watch it below.

Set in present-day Minnesota, the new TV show reveals that the iconic eponymous team has outgrown its underdog status and transformed into an ultra-competitive youth hockey team, leading them to cut 12-year-old Evan Morrow (Brady Noon) from the lineup. Dejected but not without hope, Morrow and his mother (Lauren Graham) decide to build their own hockey team of misfits with a little help from Coach Gordon Bombay (Emilio Estevez).

It’s hard not to fall for the Mighty Ducks magic watching the show’s teaser trailer. After all, there’s a reason the original movie spawned two sequels and a real-life NHL team, and seeing Estevez lace up his skates to return as everybody’s favorite inspiring coach is already a reminder of the uplifting power a tale like this can hold.

The Mighty Ducks: Game Changers will span 10 episodes, all of which were co-created by Steve Brill — the creator, writer, and executive producer of every Might Ducks film. It’s set to premiere on March 26th on Disney+, joining the ranks of other great additions to the streamer like The Muppet Show and dozens more.

This isn’t the only new happy ending in the Mighty Ducks universe. Former cast member Shaun Weiss was arrested numerous times over the years for public intoxication, shoplifting, and using meth. But he’s since found help through rehab and just recently celebrated one year of sobriety.