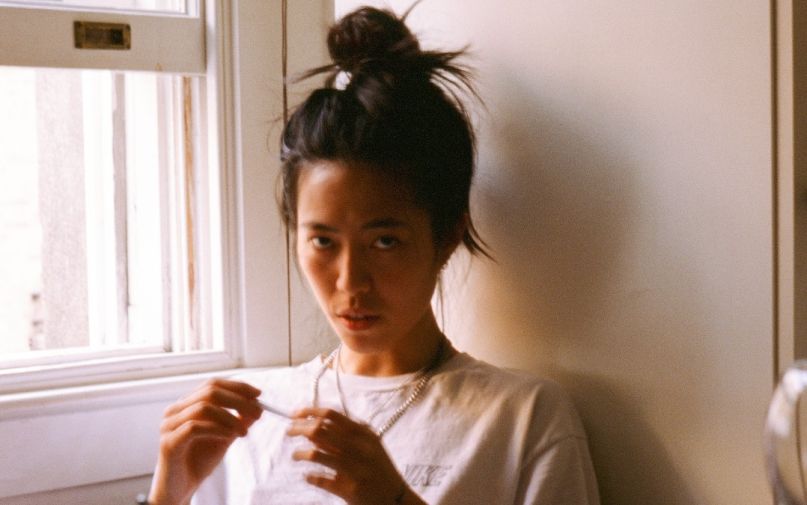 Deb Never has returned with a new song called “Someone Else”. On this collaboration with producers Jam City (Troye Sivan, Kelela) and Michael Percy, the genre-blending indie artist takes inspiration from ethereal dream-pop and skittering dance music.

Never first drew hype in 2019 due to her association with BROCKHAMPTON. She carried that momentum into early 2020, dropping a Kenny Beats-produced single called “Stone Cold” and her Bandcamp-exclusive Intermission EP. However, like many of us, Never took it easy for the remainder of the pandemic year and stayed out of the spotlight.

As it turns out, the Spokane native spent that downtime relocating from Los Angeles to London, where she ended up writing and collaborating with a group of UK artists. “Someone Else” is the first song to emerge from those sessions, and the track definitely has a fresh energy to it.

Its main melody and basic structure sink into Never’s signature middle-ground between grunge and chillwave-inspired indie pop, but the final minute takes an unexpected turn into a drum and bass break that rattles beneath her languid vocals like a passing subway car. That’s where UK producer Jam City’s experimental tendencies are most felt, and it works really well within the context of Never’s pleasant songwriting.

Below, take a listen to “Someone Else” via its Elif Gönen-directed music video. Prior to Intermission, the last full project from Never was her 2019 debut EP, House on Wheels.