Phil Spector Dead at 81 From COVID-19 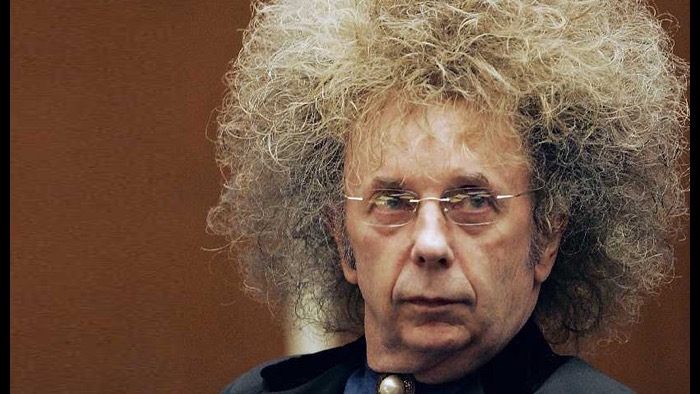 Phil Spector, the trailblazing record producer and creator of pop’s “wall of sound”, who was later imprisoned for murdering actress Lana Clarkson, has died at the age of 81.

According to TMZ, Spector died at a prison hospital on Saturday from COVID-19 related complications.

Spector is widely considered one of the most influential producers in music history, who became synonymous for his dense orchestral aesthetic known as the “wall of sound”. The recording technique saw Spector gather large groups of musicians, often doubling and tripling the same instruments, and had them play in unison. Spector’s orchestral ensembles intermixed electric and acoustic guitars alongside strings, brass, and percussion not traditionally used to create pop music. The result was a fuller and richer sound that resonated across radio stereos and jukeboxes unlike other music released during that time.

In 1961, at the age of 22, Spector co-founded Phillies Records. Over the next several years, the label would release a number of No. 10 singles all helmed by Spector — including Darlene Love and the Blossoms’ “He’s a Rebel”, The Ronettes’ “Be My Baby”, and The Righteous Brothers’ “You’ve Lost That Lovin’ Feelin'” and “Unchained Melody”. In 1966, Spector signed Ike and Ina Turner to Phillies Records’ roster, but after the duo’s early material failed to achieve similar commercial success, Spector became disillusioned by the recording industry and ended the label.

In 1969, Spector was invited by Beatles manager Allen Klein to produce John Lennon’s single “Instant Karma”. Because of the song’s success, he was asked to salvage The Beatles’ then-abandoned album Let It Be. In doing so, Spector chose to omit “Don’t Let Me Down” in favor of “Across the Universe” and also applied orchestral and choir overdubs to four tracks. Though Paul McCartney was angered by the changes, Lennon and Harrison ultimately signed off on Spector’s version of album and it was released in 1970 to universal acclaim.

Also that year, Spector helmed Harrison’s solo album All Things Must Pass and Lennon’s Plastic Ono Band. The next year saw him produce Lennon’s Imagine as well as his solo single “Power to the People”. He was also charged with recording Harrison’s The Concert for Bangladesh, which later won Album of the Year at the Grammys.

In 1974, Spector nearly died in a car accident and the severity of his injuries sidelined him for three years. He made his return in 1977 when he produced Leonard Cohen’s Death of a Ladies’ Man. He then linked up with Ramones to work on their fifth album, End of the Century, which resulted in memorable songs like “Rock ‘n’ Roll High School” and “Do You Remember Rock ‘n’ Roll Radio?”.

Spector’s activities decreased dramatically over the next two decades. The projects he did take on — such as Celine Dion’s Falling into You — were often derailed due to creative differences.

Spector’s personal life was fraught with anger and violence that manifested in both his personal and professional life. The Ronnettes’ Ronnie Spector, Phil’s wife for seven years between 1968 and 1974, said her husband was physically and emotionally abusive to the point where he frequently threatened to kill her. While recording with Lennon in 1973, Spector allegedly pulled a gun on the former Beatle and chased him down the hallways of a studio. In 1979, he similarly threatened Ramones with a gun when they sought to leave the recording studio early one night.

In 2003, Spector was arrested and charged with the murder of actress Lana Clarkson, who was found dead of a single gunshot inside of Spector’s California mansion. Spector initially told a 911 operator, “I think I just shot her,” but later changed his story and claimed she died of an “accidental suicide.” After an initial mistrial, Spector was retried and convicted of second degree murder in 2018. He was sentenced to 19 years to life in prison.