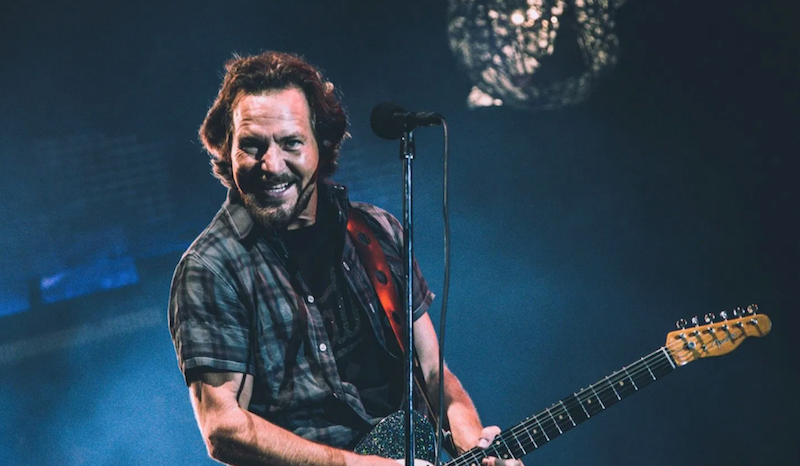 The devil is in the details, and so is the legal drama. A Pearl Jam tribute band formerly known as Pearl Jamm has changed its name to Legal Jam after receiving a cease and desist letter from the alt-rock titans.

Pearl Jam’s lawyers contend that the tribute band’s “name, domain name, and merchandise is damaging the Pearl Jam brand and causing confusion,” according to BBC. As such, Pearl Jam ordered then-Pearl Jamm to change their moniker, fork over any email or website addresses associated with it, and destroy all merchandise with Pearl Jamm written on it.

The London-based tribute band originally formed back in 2016 out of a love for covering Pearl Jam’s music. In an interview with BBC, they claimed that there’s never been any problems before now and no audience members have ever felt misled by their name. “No one’s ever come to a show, got to the end of the show, came to us and demanded money back because they were expecting to see Pearl Jam play The Garage in Highbury,” said one member.

After being contacted by the Gigaton group, the tribute band took to Facebook to air their frustration with the situation. “Pearl Jam, you have broken our hearts,” they wrote. “You have known of our tribute band for years yet have waited until a global pandemic to have threatening legal letters sent. This isn’t the Pearl Jam we know and love, the Pearl Jam that stands up for social issues and against corporate giants. Yet your lawyers tell us it is indeed you, the band, that are behind this.”

To be fair, the tribute band could have named itself a million other things instead of Pearl Jam’s actual trademarked name with an extra “m” tacked on. There’s the classic letter swap move (Jearl Pam), lazy wordplay attempts (Pearl Jammies, Pearly Jam), and record references galore (Better Men, The Yellow Ledbetters, Binaural Backspacer, whatever!). Instead, they went with the moniker that looks like an accidental typo.

After two days and presumably some back-and-forth discussion with Pearl Jam’s lawyers, the tribute band ultimately ditched its name for something new. “A name doesn’t define us. We do what we do out of love and respect for Pearl Jam,” they wrote on Facebook. “We have always been clear that we will ‘Yield’ to Pearl Jam’s demands and equally clear that our disappointment was only ever of the timing and manner in which those demands were made. We are proud to announce our new name: LEGAL JAM which we thought would be fitting and under which we will continue to perform the music of Pearl Jam in the most heartfelt and authentic way.”

At least Legal Jam have a great story to rationalize their moniker now.

Once the dust settles from this drama, Legal Jam should get back to work rehearsing material from Gigaton, one of the best albums of 2020, or Eddie Vedder’s new solo record. If they don’t, Lin-Manuel Miranda might be hot on their heels with more Pearl Jam covers of his own.