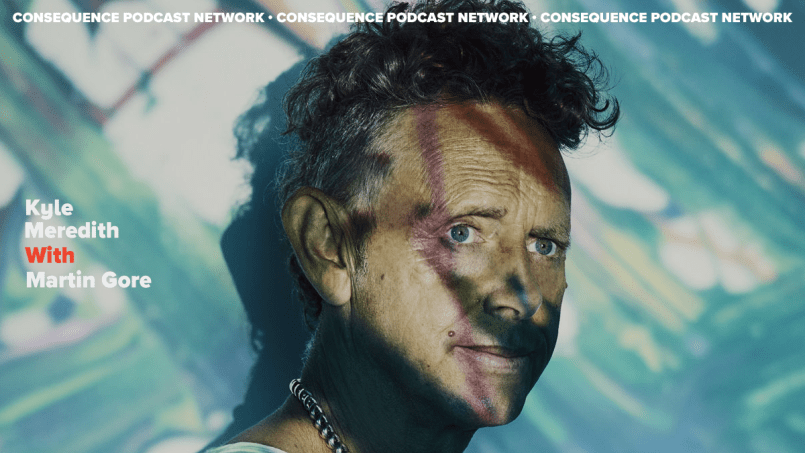 Depeche Mode songwriter Martin Gore hops on the line with Kyle Meredith to discuss The Third Chimpanzee. The new instrumental solo album finds him thematically bridging primates to humans in both the sounds he’s making and the inspiration he draws from. Gore dives into the ways he makes instrumentals speak to something, and the state of panic and anxiety he felt over the past four years. The electronic innovator also talks about being on the forefront of computerized music, his thoughts on AI songwriters, making soundwave art out of Depeche Mode songs, and the upcoming remixes for The Third Chimpanzee.

Kyle Meredith With… is an interview series in which WFPK’s Kyle Meredith speaks to a wide breadth of musicians. Every Monday, Wednesday, and Friday, Meredith digs deep into the artist’s work to find out how the music is made and where their journey is going, from legendary artists like Robert Plant, Paul McCartney, U2 and Bryan Ferry, to the newer class of The National, St. Vincent, Arctic Monkeys, Haim, and Father John Misty. Subscribe now to access the full archive of episodes.