Tiger King star's legal team had been expecting a commutation 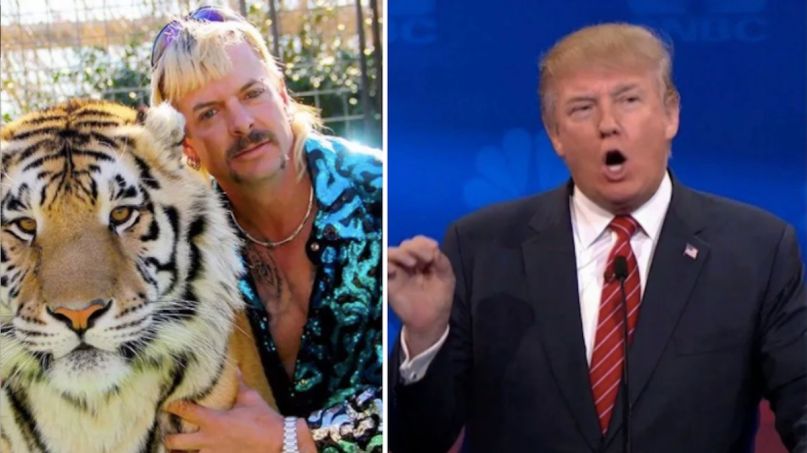 With his final hours as one of the demonstrably worst leaders in this country’s history winding down, Donald Trump issued 143 pardons and commutations, a list that included folks like Steve Bannon, Lil Wayne, and Kodak Black. However, despite months of pleading and lobbying — and even hiring a limo to pick him up from prison in expectation of being freed — Joe Exotic of Netflix’s Tiger King did not make the cut.

The man born Joseph Allen Maldonado-Passage is in the midst of a 22-year-long prison sentence for participating in a murder-for-hire plot to kill Carole Baskin, the rival owner of Big Cat Rescue in Tampa. Not only did that scheme fail, but in a turn of fate, Baskin has since been granted ownership of Exotic’s former zoo.

When the Tiger King docuseries aired on Netflix near the start of the COVID-19 pandemic, Joe Exotic become a cult celebrity. He quickly decided to leverage that new found attention to try to weasel a pardon out of another reality show love-to-hate-him type: Donald. Trump even said he’d “take a look” at pardoning Exotic, while the Tiger King star’s legal team visited the White House on his behalf to discuss the possibility of such. Exotic himself penned a 257-page-long letter pleading his case, and reached out to Kim Kardashian to see if she could help.

After all that effort, Joe Exotic’s team expressed confidence that a pardon was indeed coming and that he’d be a free man as Joe Biden entered the White House. In fact, so sure were they of Exotic’s impending release that they hired a stretch Dodge pickup truck to take him to a secure location; Joe, his advocates said, didn’t want to be seen in public until after his got his hair done.

Well, we’re just hours away from President Biden, and it looks like that limo will sit unused and Joe Exotic’s hair will have to say prison chic for a while longer — 2037, to be exact.

I’m told this is the limousine that will be waiting to pick up Joe Exotic if he receives the pardon tomorrow.

The lead advocate of Team Tiger tells me they’ll be taking him to a secure location. He says Joe doesn’t want anyone to see him until his hair his done. @koconews https://t.co/SICtee1AIl pic.twitter.com/AZATiyleig