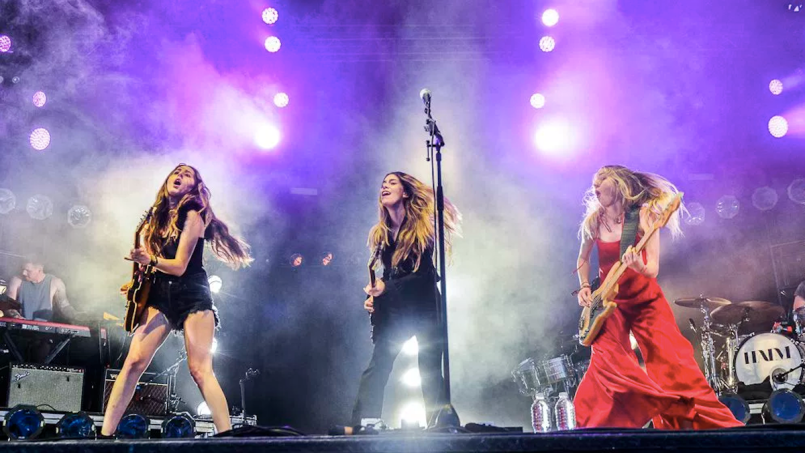 HAIM seem to have cast a spell on the world’s animators. Last fall, the sisterly trio composed “Feel the Thunder” for the DreamWorks sequel The Croods: A New Age, and now, via Deadline, they’ve been tapped by Netflix to score the animated musical The Witch Boy.

The Witch Boy is based on Molly Knox Ostertag’s graphic novel series of the same name. It takes place in a fantasy setting where little boys grow up to be shapeshifters and little girls grow up to be witches — until the titular hero comes along. Young Aster begins developing witch powers, and the story follows him on his magical journey to accept himself and save the world.

The books will be adapted by screenwriter Maria Melnik (Escape Room) and directed by Minkyu Lee, a former Disney animator who was nominated for an Oscar for his 2012 short film Adam and Dog. In a statement, Lee said,

“It has been a life-long dream of mine to create an animated film that pushes the medium forward, both in content and form. The connection between this dream, my experiences, and Aster and Juniper’s story is what draws me to this film every day. I am grateful to be creating this with the wonderful team at Netflix. My hope is that this film, by celebrating queerness and “otherness”, will come to audiences around the world as something truly special.”

No release date has been set, but you can check out some visual development art below.

HAIM had a busy December, guesting on Taylor Swift’s evermore, reworking the classic “Christmas Wrapping” into a 2020 Hanukkah song, and having their single “3AM” remixed by Toro y Moi. Their 2020 album Women in Music Pt. III  has been nominated for a Grammy for Album of the Year.