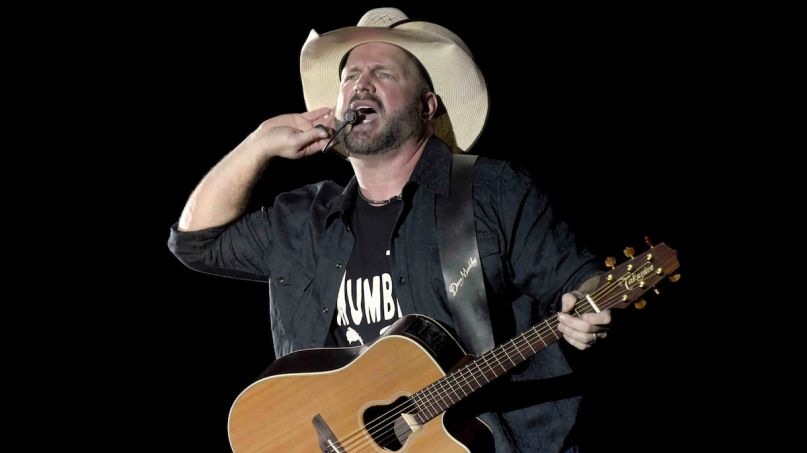 Future First Lady DR. Jill Biden extended the invite to Brooks last week, and he confirmed his participation during a press conference held by the Biden Inaugural Committee today. As the musician explained, he’s performed for every president since Jimmy Carter, with two exceptions: Ronald Reagan and Donald Trump. The latter had asked him to play at the 2017 inauguration, but a tour scheduling conflict prevented him from attending. Brooks did, however, play for Biden’s other inauguration — as Vice President alongside Barack Obama — in 2008.

“This is a great day in our household. This is not a political statement; this is a statement of unity,” said Brooks during the press conference (via Deadline). He added, “I might be the only Republican at this place, but it’s about reaching across and loving one another.”

(He won’t be the only Republican at the inauguration, for what it’s worth. George W. Bush will be there, and Vice President Mike Pence is also expected to attend. Trump will be busy pardoning sycophants.)

“There is a common theme in every presidential election: New beginnings, new starts. We’re all together in this one, but truly I think the word unity, the word love, the word that we belong to each other… It is going to take all of us; what I want for all of us to do is listen. We are more divided than ever, that bridge that brings us together, it is reaching across, loving one another, because that is what is going to get us through the most divided times that we have… We can’t just take extreme left and extreme right, because there’s a silent majority in the middle. It’s going to dwarf both of those.

In this case you must rise beyond red and blue, black and white, gay and straight, male and female, look at it from America.”

Joining Brooks on the inauguration stage will be Lady Gaga, who will sing the National Anthem, and Jennifer Lopez. Later on the evening of January 20th, the Tom Hanks-hosted Celebrating America televised special will air with performances by Justin Timberlake, Bruce Springsteen, Demi Lovato, Foo Fighters, John Legend, and Jon Bon Jovi.