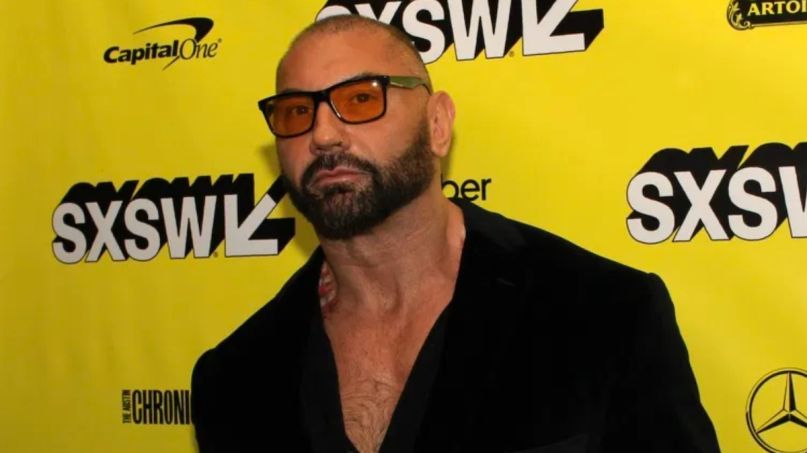 If Dave Bautista doesn’t have time for Donald Trump’s fake tough guy act, he certainly isn’t going to stand for any of his supporters’ BS. The actor and Tampa native is offering a $20,000 reward for the Floridian “MAGATs” who carved “Trump” into the back of a manatee.

Officials in Citrus County, Florida discovered the defaced animal last week with the name “Trump” scraped in 12-16 inch letters on its back. It is illegal in the state to touch or even feed manatees, an endangered species, so the US Fish and Wildlife Service is already investigating the incident. (For what it’s worth, researchers say the natural algae that makes manatees its home will eventually grow back and obscure the horrific scaring.)

A $5,000 reward for any information leading to the conviction of those responsible is already being offered by the Center for Biological Diversity, but Bautista decided to up the bounty. “If there’s not already a reward for the arrest and conviction of the low life scummy MAGATs that did this I’ll throw in $20,000,” the Dune actor tweeted. “And I promise there will be bonuses to that reward!”

Followers of course suggested that the “bonus” include a swift punch in the face from Bautista, a former pro-wrestler, himself.

“Manatees aren’t billboards, and people shouldn’t be messing with these sensitive and imperiled animals for any reason,” said CBD Florida director Jaclyn Lopez in a statement (via FlaPol). “However this political graffiti was put on this manatee, it’s a crime to interfere with these creatures, which are protected under multiple federal laws.”

The manatee MAGATs aren’t “Vice President Drax’s” only targets; Bautista has been using his Twitter account to spread around images of individuals involved in the storming of the Capitol in hopes of helping identify them so they can face the proper repercussions.

If there’s not already a reward for the arrest and conviction of the low life scummy MAGATs that did this I’ll throw in $20,000. And I promise there will be bonuses to that reward! https://t.co/CGa2EIhrEQ

“The U.S. Fish & Wildlife Service is investigating the harassment of a manatee…reported to federal authorities over the weekend discovered w/ words "Trump" scraped in its back …discovered in Blue Hole on the Homosassa River” (via @CitrusChronicle )
–
Insurrectioning wildlife? pic.twitter.com/PvzI3pZ5Xn