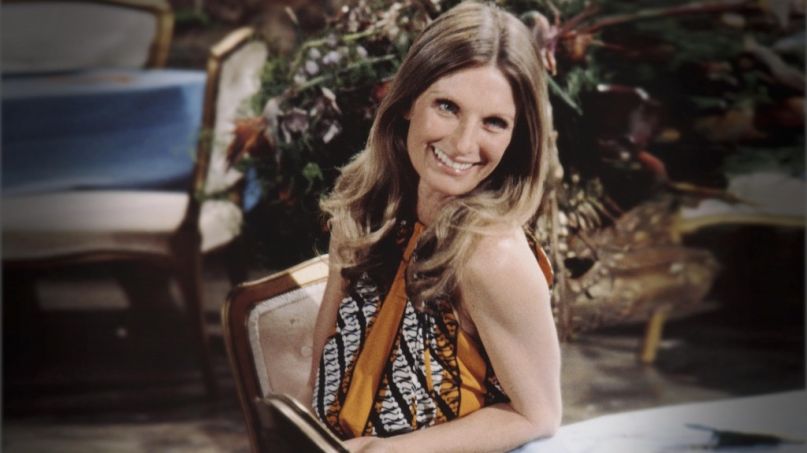 Cloris Leachman, one of the most decorated actresses in history, has died at the age of 94.

According to a representative, Leachman died Tuesday (January 26th) from natural causes at her home in Encinitas, California.

Over the course of her career, Leachman won eight Primetime Emmy Awards, tied with Julia Louis-Dreyfus for the most all time. She also nabbed an Academy Award and a Golden Globe. Leachman famously played Phyllis Lindstrom on The Mary Tyler Moore Show and its spin-off series Phyllis. She also starred in several major motion pictures, including Peter Bogdanovich’s The Last Picture Show and Mel Brook’s Young Frankenstein.

Born in Des Moines, Iowa, on April 30th, 1926, Leachman studied at Northwestern University and competed in the 1946 Miss America Pageant. As the runner-up she earned a $1,000 scholarship, which she used in 1948 to attend the Actor’s Studio in New York and study under acclaimed director Elia Kazan (On the Waterfront, A Streetcar Named Desire). For the next decade, Leachman graced New York’s stages, performing in the original run of South Pacific, starring opposite Katherine Hepburn in Shakespeare’s As You Like It, and putting in work on Arthur Miller’s The Crucible and William Inge’s Come Back, Little Sheba.

In 1955 she made her feature film debut in the classic film noir Kiss Me Deadly, and soon afterwards booked television roles on iconic series such as Rawhide, The Twilight Zone, Alfred Hitchcock Presents, Perry Mason, and Lassie, on which she starred as Timmy’s adoptive mother for half a season.

Already an in-demand actress, Leachman’s life changed forever when she was cast on The Mary Tyler Moore show in 1970. As Phyllis Lindstrom, the main character’s snobbish friend and nosy landlady, she quickly broke out as a fan favorite. When the series ended in 1975, she starred in the spin-off series Phyllis, even as her film career reached another level. She nabbed a part in Butch Cassidy and the Sundance Kid, earned an Oscar and a Golden Globe for The Last Picture Show, and became an integral part of Mel Brooks’ acting ensemble, playing Frau Blücher in Young Frankenstein, the villainous Charlotte Diesel in High Anxiety, and Madame Defarge in History of the World: Part I.

Since then, Leachman has worked almost constantly, booking recurring roles on numerous shows including Touched by an Angel (as Ruth), Malcom in the Middle (as Grandma Ida), and The Ellen Show (as Dot Richmond). In one of her final film appearances, she reprised her role as Gran in 2020’s The Croods: A New Age, the sequel to 2013’s The Croods, in which she also starred.

Leachman’s eight Primetime Emmy Awards included two wins for The Mary Tyler Moore Show, two more for Malcolm in the Middle, and one each for her work in the made-for-TV drama A Brand New Life, the sketch comedy show Cher, the variety program Screen Actors Guild 50th Anniversary Celebration, and the Touched by an Angel spinoff Promised Land. She was nominated for a total of 22 Emmys.