Australian singer-songwriter will release Learn to Like It in April 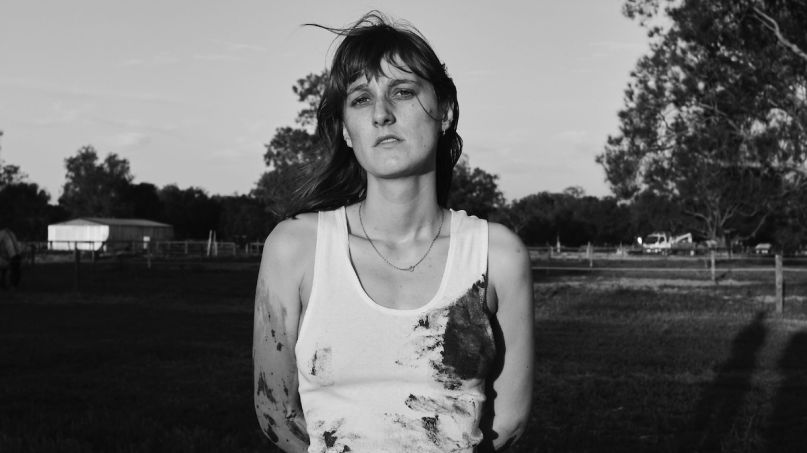 Australia’s Carla Geneve has announced her debut album, Learn to Like It, heralding the release with the tremendous single “Dog Eared”.

A music teacher by trade, the Albany-born, Perth-based Geneve garnered international attention over the last two years, ascending in her native country and touring relentlessly. At the same time, she was coming to terms with her own identity not just as an artists, but as an individual growing up, dealing with heartbreak, and confronting mental illness.

She’s come through the other side with a burst of catharsis on Learn to Like It. Out April 23rd via Dot Dash Recordings/Remote Control Records, the album is being previewed today with “Dog Eared”.

Speaking of the indie-cum-punk track in a press release, Geneve explained how “Dog Eared” was inspired by the energy of her music students:

“I was driving home one night and I felt so excited and full of energy for music, and I guess life in general. I didn’t really know why, but I realized it was because I had been in a room of teenagers playing music with the pure, raw emotion that most people grow out of as you enter adulthood. I had taken some of that recklessness and it felt incredibly nostalgic. I dictated the words to ‘Dog Eared’ into my phone. It took me awhile to finish the music because I really wanted it moving a bit more than my other songs. Capture a bit of that violence that I mostly stay away from on this record.”

The song comes equipped with a music video directed by Geneve’s frequent collaborator Duncan Wright. Watch it below. Under that, you can peep the Learn to Like It album art and tracklist. Pre-orders are available here.