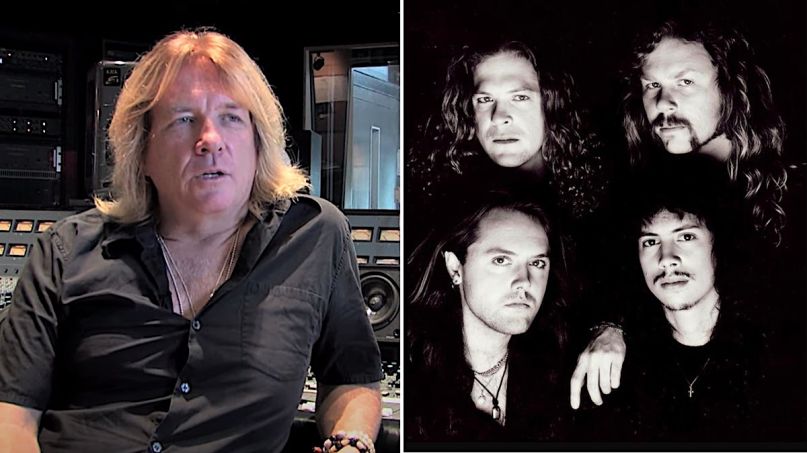 Veteran producer Bob Rock has sold his producer rights to Metallica’s 1991 self-titled LP (aka “The Black Album”) and several Michael Bublé recordings. The purchase was made by the Hipgnosis Songs Fund, a company that has scooped up the publishing rights to several other music catalogs in recent months.

Hipgnosis — not to be confused with the famed British album cover designer — recently made headlines when it acquired 50% of the publishing rights to Neil Young’s 1,180-song catalog.

The producer rights to “The Black Album” are another major notch for the investment company. The LP is the biggest-selling album of the SoundScan era, featuring the ubiquitous hit “Enter Sandman”, among other Metallica classics. Hipgnosis founder and artist manager Merck Mercuriadis praised Rock’s work for being “evergreen.”

“From Metallica’s most famous ‘Black Album’ to Michael Bublé’s Christmas, he has produced some of the biggest albums of all time that continue to be evergreen, year in and year out,” Mercuriadis said in a statement (via MusicWeek). “Everyone who has worked with Bob knows he is a difference maker, which is why the artists he has produced end up making multiple albums with him which are almost always their biggest successes. Bob is very special and as a fellow Canadian, it is a pleasure to welcome him and his incredible productions to the Hipgnosis family.”

Rock welcomed the deal and offered his own words of gratitude in response: “I put my heart and soul into these recordings. I know how much Merck loves music, so it was an easy deal to put together.”

It follows an ongoing trend in the music industry, as artists continue to sell off large portions of their publishing rights. Hipgnosis previously closed on 100% of Fleetwood Mac member Lindsey Buckingham’s catalog, and also owns rights to songs by Timbaland, Blondie, Nikki Sixx, and more. The company earns major revenue, reported at $67.8 million for the first half of 2020 alone, by placing songs in films, TV, and advertisements.

There could be a few reasons for the surge in musicians and producers selling their publishing rights. Many of these artists are growing older and are perhaps ready to buffer their estates with the lump sums of money. Additionally, streaming has seemingly devalued copyrights and the pandemic has also dried up touring and merchandise income. Some rights owners might be ready to cash out.