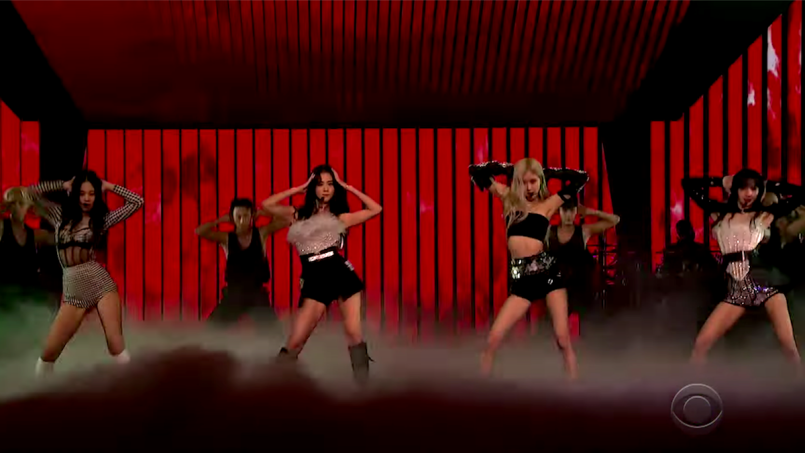 BLACKPINK appeared as guests on The Late Late Show Wednesday night, chatting it up with host James Corden and performing “Pretty Savage”.

The late night appearance came ahead of the K-pop sensations’ forthcoming livestream concert experience “The Show”. The YouTube exclusive performance was originally supposed to take place at the end of last year, but COVID-19 safety restrictions in South Korea forced it to be bumped to January 31st. The performance is expected to feature the “live” debuts of a number of tracks off the group’s debut LP, The Album, as well as one of 2020’s biggest hits, “How You Like That”.

Speaking with Corden, the group discussed what else the “one-of-a-kind concert experience” will bring to the BLINKS. That includes the debut of the first song from band member Rosé’s new solo project, as well as an elaborate lighting rig designed for the virtual concert. BLACKPINK showed off some of that set, and gave fans a peek at their pre-show ritual (and Corden feigned amazement at the existence of a “low-five,” like any good late night host would).

BLACKPINK further previewed “The Show” with a live performance of “Pretty Savage”. Backed by a full regiment of dancers and a LED lighting wall fit for a stadium, the foursome seemed completely primed to put on their first-ever virtual concert.

Watch replays of both segments below.