The London artist talks openly prior to the release of her debut, Collapsed in Sunbeams 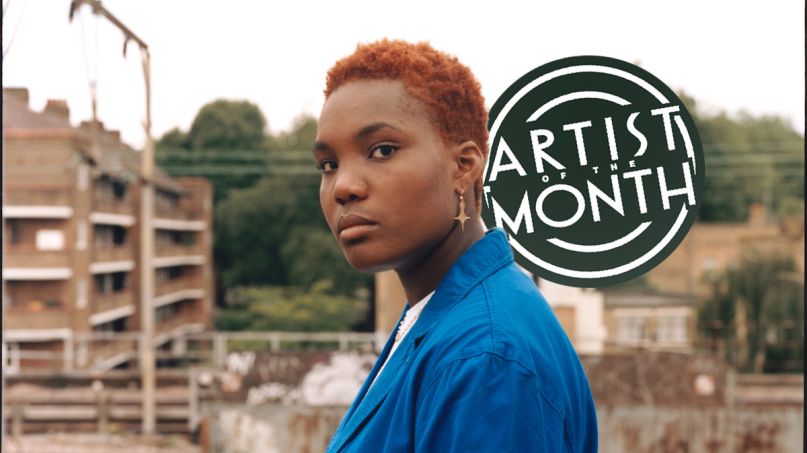 Artist of the Month, photo courtesy of artist
view all
Next

Artist of the Month is an accolade we award to an up-and-coming artist who we believe is about to break out. We begin 2021 with our attention focused on Arlo Parks, a London singer-songwriter and poet about to drop her debut album, Collapsed in Sunbeams.

All therapists would love Arlo Parks, who practices an advanced form of mindfulness. The poet and musician takes my phone call while on a train from Hammersmith (just west of London) to an undisclosed location to film a new music video, but remains wholly engaged. Parks speaks with a curiosity and sense of presence, as though she were sitting right across from me at a small, intimate coffee shop.

Her music evokes a similar, quiet magnetism. Collapsed in Sunbeams singles like “Green Eyes” and “Caroline” are relatable without being over the top, yet vulnerable in their complete rawness. And it’s not like she’s shallowly poking at the human experience, either; the 20-year-old untangles knotty wires related to mental health, body image, self-acceptance, and queer desire. In fact, Parks’ debut album opens with this deep spoken bit that’s likely to stay with you throughout your entire listening session: “We’re all learning to trust our bodies, making peace with our own distortions.”

Part Nigerian, Chadian, and French, Parks inherited her sense of openness and inner strength from her introverted parents. From an early age, both her mother and father encouraged her to air out her emotions no matter what, and Parks hopes her songs help others do the same. By living out a moment with her, unrestricted and fully absorbed in feelings, perhaps they’ll be able to better understand some aspect of themselves.

And for the ever-mindful Parks, taking in every moment matters, especially during this pandemic when previously joyful activities and socializing are nearly nonexistent. We bond over our newfound obsession with very long walks and how they’ve impacted the way we not only see relationships and ourselves but the entire world. Parks specifically mentions paths along London’s Regent’s Canal, Hackney Marshes, and a park with goats as some of her favorites because of their connection to nature.

“I definitely think I’m a nature-oriented person,” the Phoebe Bridgers- and Billie Eilish-cosigned songwriter tells me. “And it just feels grounding to just be — and this might sound quite hippie-dippie — surrounded by something that’s so much bigger than you and your little songs that you’re trying to write. It kind of humbles you in a way.”

We’re about 40 minutes into our conversation by this point. There’s been loud train passengers barking in the background and a number of lost phone connections due to the many tunnels. But she remains true to her word. Even as she’s now above ground, hurriedly lugging her suitcase to get to the video shoot on time, she’s still very much present and here with me. She knows how to protect her energy.

Earlier in our chat, we talked about the possibility of Parks one day scoring a film because of her visual mind and love of matching moods to music. As she’s in the middle of a hectic work day, I can’t help but ask her to soundtrack her own chaos this very minute.

Parks, whose songwriting taps into folk, R&B, jazz, and even bedroom pop, pauses for about 10 seconds before picking “Noid” from Yves Tumor’s acclaimed 2018 album, Safe in the Hands of Love. “It’s so like, explosive and cinematic, and I feel like I’m rushing, but I’m ultimately at peace,” she remarks thoughtfully. “I know sometimes there’s chaos and you’re running around kind of stressed out, but I’m just reveling in the fact that I have no idea what I’m doing.”

Collapsed in Sunbeams arrives January 29th via Transgressive Records. Click ahead for our exclusive Artist of the Month interview with Arlo Parks…