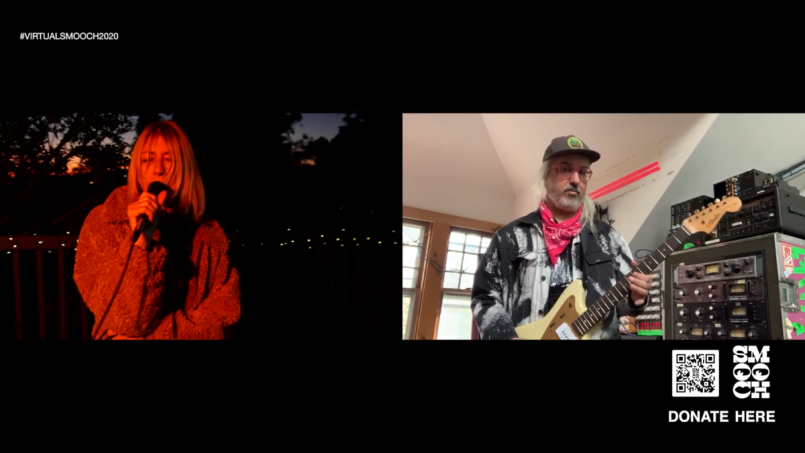 Technically, these three played together before during Fred Armisen’s 2013 SNL farewell segment, but here the Sonic Youth frontperson, Dinosaur Jr. mastermind, and actor-musician operated as a fully-fledged band. The song features gnarled vocals from Gordon, flaming hot licks from Mascis, and a tight bassline from Armisen. It’s unclear whether this track was just a one-off creation for this event, or who the kid banging away at the drums is, but the trio has a genuine chemistry that would make for a badass power trio.

Watch the performance of the track below, which begins at 6:58.

In non-pandemic times, the Sub Pop Records and KEXP-sponsored event would be a fully-fledged concert experience, but they still made it work with what they had. In addition to the aforementioned supergroups, the show included performances from Angel Olsen, Jason Isbell, Clipping, and more.