Rising Artists from Around the World to Perform on Vans Musicians Wanted Livestream Concert: Watch

A group of judges including Anderson .Paak, J.I.D., and Nilüfer Yanya will pick the final winner during the event 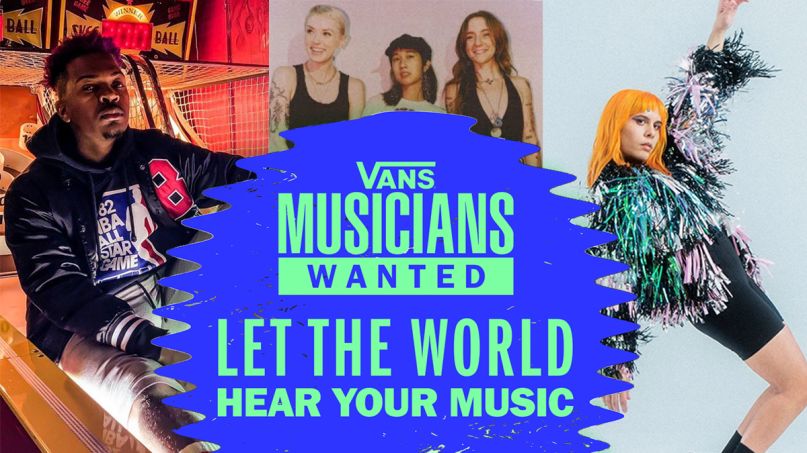 Over the last few months, the folks behind the Vans Musicians Wanted contest have sifted through over 22,000 submissions from burgeoning artists around the world. Each of the genre-spanning musicians was vying for a chance to be featured on a House of Vans stage and win a score of new gear — on top of the incredible exposure. Now, five finalists from three regions have been chosen, and they’ll all have their shot at the grand prize when they take part in the Vans Musicians Wanted livestream concert.

Guest judges for the event include Vans’ Global Music Ambassador Anderson .Paak along with J.I.D., Nilüfer Yanya, and Bohan Phoenix. They’re the ones determining which musicians get the grand prize: an opening spot for .Paak at a House of Vans venue (COVID-19 permitting), $2,500 for music video production and promotion, placement in Vans’ Spotify audio ads, a Vans Musicians Wanted customized Fender guitar, and an SJC drum kit. That’s on top of what all the finalists have already received, including a Fender Player Series guitar and accessory pack, premium Vans gifts, a Fender regional rep, spots on Vans’ Apple Music and Spotify playlists, and having their music added to the GoBig! music licensing library.

To watch all the international finalists perform and find out who wins, tune into the Vans Musicians Wanted livestream concert at Vans.com/MusiciansWanted. You can also meet the American competitors and watch the EMEA and APAC events below.