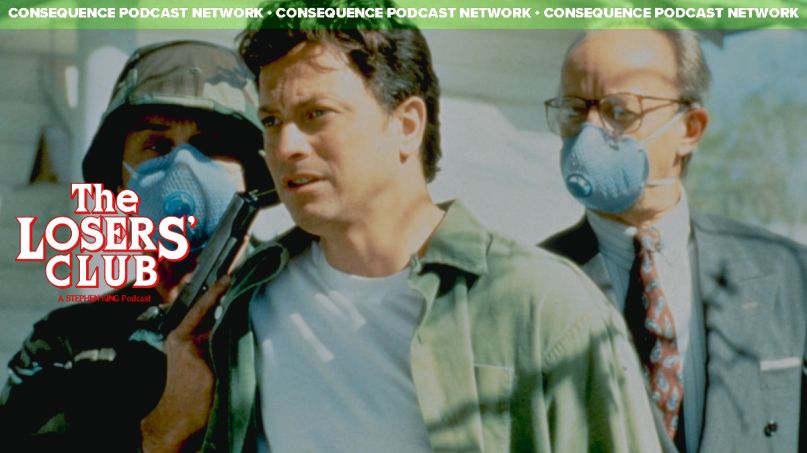 Our gift to you! In anticipation of CBS All Access’ The Stand, which debuts Thursday, December 17th, The Losers’ Club has released its complete rewatch of Mick Garris’ original 1994 miniseries. Stu, Franny, Flagg, they’re all in there.

Spanning four episodes, this marathon listen finds the Losers making their way out West, setting up shop in Boulder, Colorado, and eventually making their stand against Jamey Sheridan’s Randall Flagg all the way in Las Vegas, Nevada.

Together, they’ll discuss the eerie parallels of Captain Trips to Covid-19, go deep into why Corin Nemec just doesn’t work as Harold Lauder, the sad inevitability of Nadine Cross’ fate, the hunky charms of Adam Storke as Larry Underwood, and more.

It should be noted that all four of these episodes were recorded at the beginning of our still-ensuing pandemic — specifically during lockdown. So, naturally, things take a political turn every so often, and, well, the Losers do get a little loopy.

What are you waiting for? Choose your path and make your stand below with all four episodes. While you’re at it, head here for a free week-long trial of CBS All Access courtesy of The Losers’ Club and Consequence of Sound.