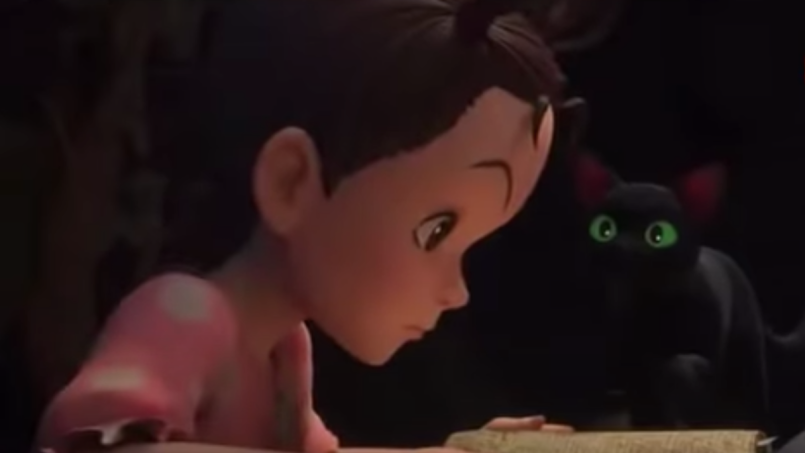 Earwig and the Witch (Studio Ghibli), image via YouTube

Studio Ghibli has shared the first trailer for Earwig and the Witch, the Japanese animation studio’s first fully-CGI movie.

The story is based on a 2011 book of the same name by the late British writer Diana Wynne Jones, best known in film circles for providing the source material to Howl’s Moving Castle. It follows a brilliant young orphan named Earwig who has the misfortune to be adopted by the evil witch Bella Yaga. With brains, a bit of magic, and a friendly talking cat, Earwig sets out to escape the witch’s haunted house.

The new trailer is in Japanese, and it’s not clear if the title has been correctly translated. While sources like Ghiblioteque are reporting it as Earwig, the movie was initially announced in English as Aya and the Witch. But the two-minute clip does answer the big question, which is: how does Studio Ghibli’s aesthetic translate to CGI?

Studio founder Hayao Miyazaki is no stranger to computers, and his classic films Princess Mononoke and Spirited Away used brief moments of CGI to add razzle-dazzle to the traditional hand-drawn artwork. His son Goro Miyazaki is the director of Earwig and the Witch, and he’s managed to update the house style without losing it entirely. Looking at the texture of a brick wall, or the chef whose nose is as large as the rest of his face combined, it’s easy to see the Studio Ghibli influence. But these smooth, round faces seem somehow different from the smooth, flat faces of the past. Some things will take some getting used to. Check it out for yourself below.

Earwig and the Witch will drop on Japanese TV on December 30th, with an English version expected sometime in 2021. Until then, HBO Max is streaming 21 of Studio Ghibli’s 22 films, and if that’s not your style, the roster was finally made available for digital purchase late last year. Feel free to revisit our ranking of every Studio Ghibli film.