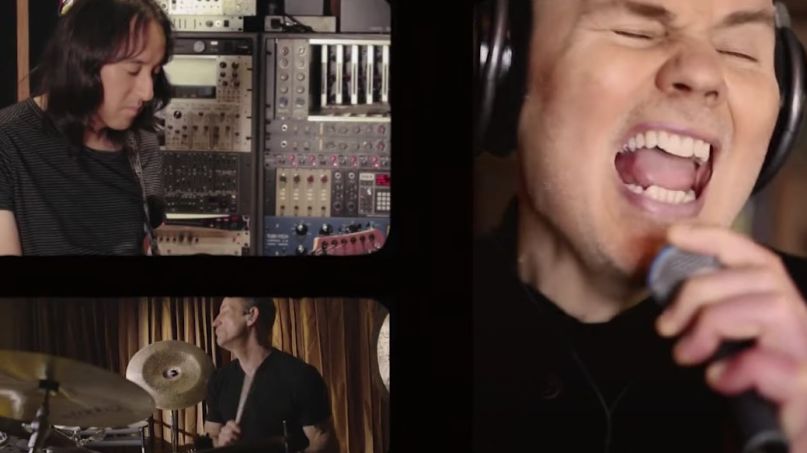 On Tuesday night, Smashing Pumpkins delivered their first-late night television appearance in support of their new double album, CYR. Billy Corgan, James Iha, Jimmy Chamberlin, and Jeff Scroeder beamed remotely into The Tonight Show for a performance of the album’s title track. Watch the replay below.

In a review of CYR for Consequence of Sound, Tyler Clark said the sprawling double album is “as frustrating as it is ambitious.”

In other news, the Pumpkins recently announced a 33-song (!) sequel album to Mellon Collie and the Infinite Sadness in honor of its 25th anniversary. The group is also planning to embark on an arena tour next year in further support of the classic record.