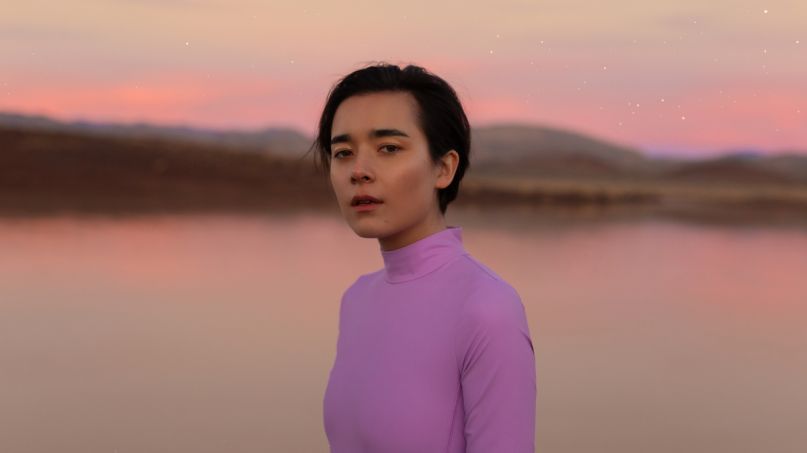 New York alternative musician Miss Grit has announced her new Impostor EP. As a first listen, she’s shared the lead single “Dark Side of the Party”, which you can stream below.

Upon the release of her Talk Talk EP back in January 2019, Miss Grit, aka Margaret Sohn, immediately drew comparisons to St. Vincent. It’s a fair assessment, considering her music’s shape-shifting sounds exploding into wildly inventive guitar solos, but it also came with a lot of pressure. The Korean-American artist had spent her whole life “trying to fit into the white space” of first her suburban Michigan home and then the New York City rock music scene. With such lofty praise being heaped upon her for Talk Talk, she couldn’t shake the feeling that she was, well, an impostor.

“I’ve gone my whole life feeling really uncomfortable defining myself,” Sohn said in a press statement. “I realized that a lot of the time, I’m more comfortable with other people defining me and making up their mind about who I’m supposed to be.”

Instead of running from her impostor syndrome, however, she decided to explore it head on with the appropriately named Impostor EP. Produced by herself at Brooklyn’s Virtue and Vice Studios, the six-track effort finds Miss Grit completely in control of her sound. Our first listen to what that means is the addictive “Dark Side of the Party”.

Pedal altered guitars dance anxiously around each other like they’re politely yet uncomfortably conversing at a gathering. As they coalesce into the furious whirlpool of the chorus, Miss Grit tries to coax herself to peace: “Calm down, lie down/ My body/ Slow down, shut down/ The party.”

Take a listen to “Dark Side of the Party” below. Miss Grit’s Impostor EP is due out February 5th, and you can pre-save it now. Ahead, find the cover art and tracklist.