A song about family and fire 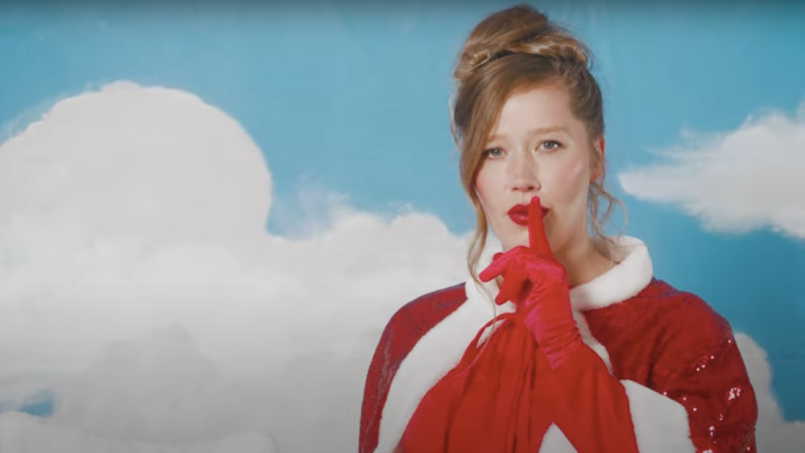 2020 has been long and tumultuous, and for the residents of six continents it might be easy to forget that Australia began the year on fire. But down in Oz, where the holiday season overlaps with the dead of summer, it’s impossible to forget the bushfires that caused over $100 billion in damage alongside unfathomable ecological harm.

Jacklin’s latest single imagines how a certain infant of legend might have fared in the Land Down Under. “She lost the baby,” Jacklin begins, “The house nearly burned down/ Baby Jesus is nobody’s baby now.” But her ambitions are larger — and more humorous — than just reliving a nationwide trauma. After all, ’tis the season for awkward family dinners and opinionated relatives. “Last Christmas,” she sings, “At my auntie’s house/ I tried so hard to make my uncle shut his mouth.” By the end, “baby jesus is nobody’s baby now” turns out to be a sharp exploration of the thing’s that get us through hard times.

In a statement, Jacklin explained the emotional journey that fed into the song, writing,

“2019 was a pretty rough one for my family. I was touring the whole year carrying a lot of guilt for not being able to be at home. Singing super sad songs every night was a blessing and a curse depending on the day. I was imagining Christmas as being this time where we all came together again and took a collective breath but then the bushfires hit and my family live in the country so it was a direct threat. I was living in Melbourne, still pretty new to it, and wasn’t able to go home, the roads were blocked and my family were being evacuated periodically for a month. At one point Melbourne was blanketed in smoke from the fires, the sun was this menacing red, it felt apocalyptic and pretty hopeless. I wrote this in my room looking forward to 2020, hoping it would be a reset of some kind lol.”

The song comes with a music video directed by Jacklin and Nick Mckk. It features Jacklin in a festive, Santa-inspired dress that was built by Jacklin’s mother, and she sings in front of a sky blue backdrop painted by her brother. Check out “baby jesus is nobody’s baby now” below.

In October, Jacklin shared two new songs, “to Perth, before the border closes” and “CRY”. Assuming next year goes better than 2020, she’ll be performing at Outside Lands 2021.