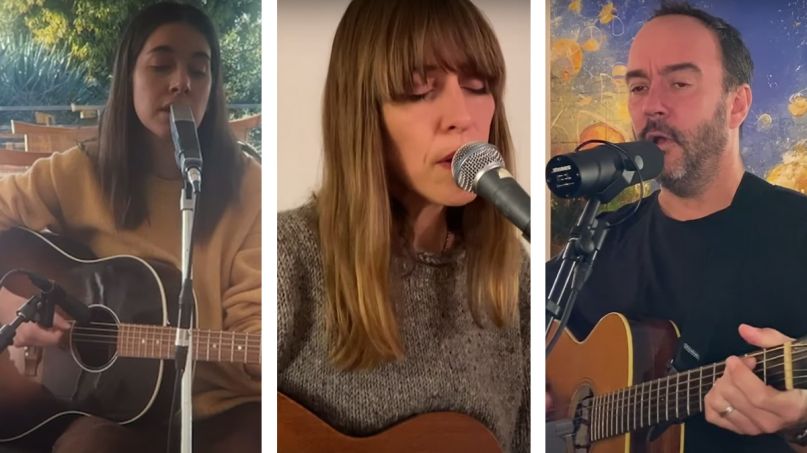 This year marked the 50th anniversary of Yusuf / Cat Stevens’ beloved 1970 album Tea for the Tillerman. In celebration of the landmark release and Stevens’ legendary career as a whole, a number of musicians gathered virtually for the CatSong Festival livestream tribute.

Jack Johnson opened the event at the 00:40 mark with his rendition of “Where Do the Children Play”, followed by HAIM doing an at-home performance of “Hard Headed Woman” (03:18). Incubus frontman Brandon Boyd delivered his cover of “Wild World” as something of a fully-produced music video at 07:13, and Feist reprised her “Trouble” cover (13:38), which she’d previously unveiled as part of Justin Vernon’s For Wisconsin get out the vote campaign. Later, Dave Matthews played a heartwarming take of “Father and Son” around the 56:01 mark.

“It’s great to see and hear these covers of my songs given new life,” Stevens said in a statement. “There’s no better honour for a songwriter than to have his songs performed by talented musicians with such love and sincerity. Thank you.”

Watch the entirety of the CatSong Festival below.