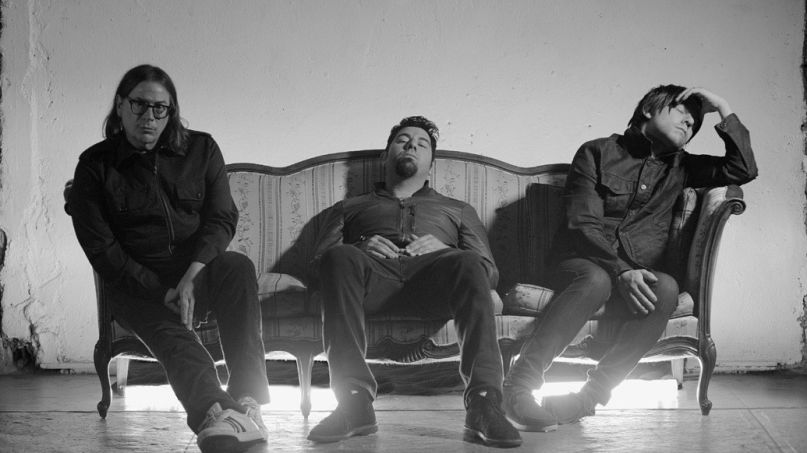 Deftones singer Chino Moreno has resurrected ✞✞✞ (Crosses) and released the first new track from the project in six years. It comes in the form of a cover of Cause & Effect’s “The Beginning of the End”.

Crosses unleashed their self-titled debut album in 2014, but hasn’t released any new music or performed any shows since that year. The band’s lineup is comprised of Moreno, guitarist Shaun Lopez, and bassist Chuck Doom, although a press release for the new single only mentions Moreno and Lopez.

For Crosses’ return, Moreno turned to a song by fellow Sacramento act Cause & Effect, an electropop band who released their self-titled debut album in 1990. “The Beginning of the End” is a track from that first LP, and it gives off some very strong Depeche Mode vibes. Crosses’ version doesn’t veer too far from the original, with Moreno delivering clean vocals throughout the song.

While the press release makes no mention of any further music from the group, Moreno recently revealed that he was revisiting unreleased material from Crosses.

“I broke out some of that [unreleased] stuff … and I started working on it,” Moreno told Bloody Disgusting (via ThePRP) in October. “Now that the Deftones record is done and there’s no touring really in the near future, I kinda have time to work on stuff so I’m definitely going to dig in and see where I can go with that.”

He added, “Making music without any expectations was super freeing and fun. I really love doing it. I like the guys that I work with in [Crosses] so I’m gonna try to get some of that stuff finalized… finished up.”

Take a listen to Crosses’ cover of Cause & Effect’s “The Beginning of the End” below, and download the track here.

Editor’s Note: Join us in the fight to protect live music by picking up our new original shirt. A portion of all proceeds go towards independent music venues in their recovery efforts.