Billy Corgan on Chris Cornell’s Death: “I’ve Been in That Exact Spot a Thousand Times”

The Smashing Pumpkins frontman told Howard Stern he could relate to the emotional state Cornell was feeling in the moments prior to taking his own life. 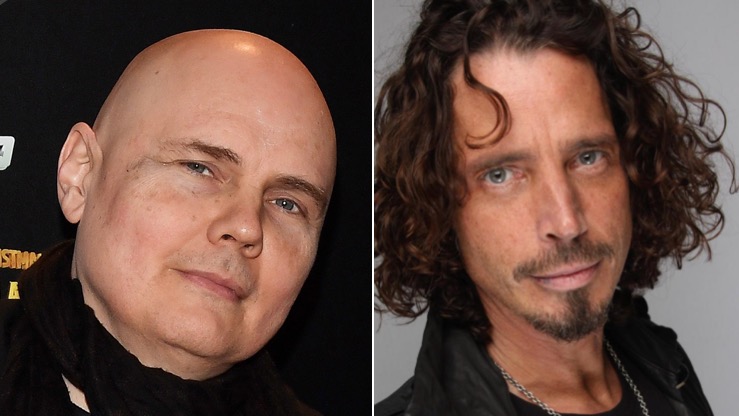 During an interview on The Howard Stern Show this week, Billy Corgan spoke extensively about Chris Cornell’s death and how he could relate to the emotional state the Soundgarden singer was feeling in the moments prior to taking his own life.

Stern asked Corgan if Cornell’s death in 2017 “triggered anything inside of you.” “Oh, yeah,” the Smashing Pumpkins frontman responded.” He then relayed “his own version” of the circumstances leading to Cornell’s suicide based on his own experiences.

“I’ve stood in front of that mirror a thousand times — just like he did,” Corgan reflected. “You know, kind of an OK gig, you ain’t getting any younger. They weren’t playing the arena, they were playing the theater. I’ve been on those shit tours. You have to be an older band to know what I mean by that. I know there’s a lot of people who would love to play for 2,500 people, but when you’ve been at the top and you’re somewhere on the other side. Whether they were going to have a comeback, or they were just out doing whatever they were doing.”

“I’m not judging them, what I’m saying is that I’ve been there many nights where even during the highest highs you look in the mirror and think, ‘Is this worth it?’ And I couldn’t in a million years tell you why it’s not worth it. Something inside of you is just like, ‘This is not what I signed up for’ or ‘Everybody else thinks this is great, but it’s not great to me and I don’t know what to do about it.’ In my version of reality, he made a decision in that moment that took his life. I’ve been in that exact spot a thousand times, so it made sense to me — even though suicide is obviously the thing that makes no sense.”

“I’m one of the only people who can say I know what the feels like it,” Corgan added. “Am I wrong? Am I making up a fantasy. It’s completely possible, but that’s my version of what happened.”

“There was a period of my life where everywhere I went I was recognized — and just one day it stopped. It’s kind of a haunting feeling. And if you’re insecure, which most artists are, you start to think you did something wrong or you haven’t done something right. And that’s when people around you start getting in your head.”

“I’m not trying to write Chris Cornell’s story,” he stressed. “I’m just saying I know what that feels like — to have done so much and still kind of come up feeling hollow. That’s my version of what happened; that easily could have been me. I’m not trying to make it about me, I’m saying I know what that feels like. You’re in the cool boutique hotel after a so-so gig and you’re like, ‘What the fuck is this? I didn’t sign up for this. This is not the stuff of teenage dreams.'”

Corgan said to conclude his comments, “I’m sure someone will be mad at me about it, but that’s just my version of it because that’s the only version I know. I know what that feels like and that’s where I went. We sit here from the outside and we say, how does somebody like that walk themselves off the cliff? I can only go to the thing I know where I’ve been on that same cliff edge and where I didn’t make that choice, but I know the feeling.”

Corgan said he knew Cornell “pretty well,” but the two had a “weird falling out and we never really made up, which is a shame.”

Over the course of the full 90-minute interview with Stern, Corgan also touched on his relationship with Eddie Van Halen, denied Courtney Love’s claims that Siamese Dreams was solely written about her, and discussed his random 1997 appearance on Live! with Regis and Kelly and Lee. He also spoke about Smashing Pumpkins’ new album, CYR, and played the single “Birch Grove” in addition to “Disarm” and a cover of Pink Floyd’s “Wish You Were Here”. Find a few clips below, and replay the full interview on SiriusXM’s website.