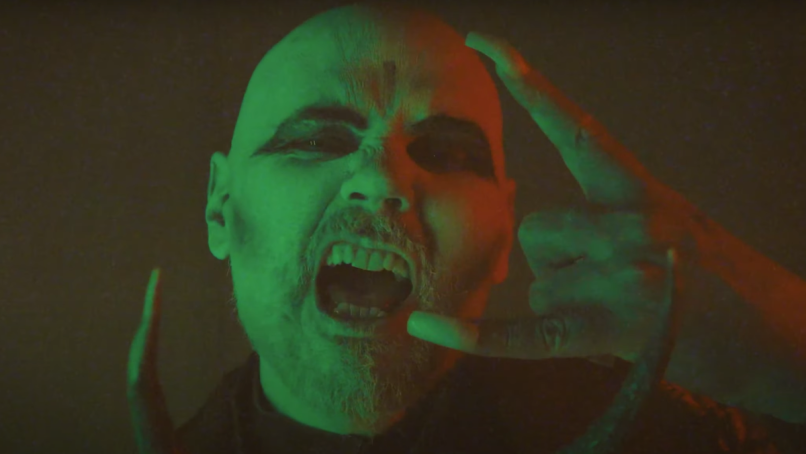 October may be behind us, but Smashing Pumpkins don’t need a reason to celebrate the occult. Cue: the band’s newly unveiled music video for “Wyttch”, which plays out like a legitimately sinister Halloween party for those looking to do more than just bob for apples.

Directed by Charlotte Kemp Muhl, the clip is filled with costumed folk — some wearing gnarled horns, others covered in bondage-like leather attire. Pumpkins frontman Billy Corgan also appears dressed for the occasion, outfitted with black eye makeup and long, claw-like nails. Throughout the visual, he’s seen howling at and taunting the camera, as though he wants us to follow him to the dark side.

Everyone in “Wyttch” looks like they’re either about to summon some evil spirits, or have already been possessed by one. Except of course for the cute black kittens, who were no doubt cast by Professional Cat Dad Corgan. Watch below.

“Wyttch” is taken from the Smashing Pumpkins’ upcoming double album, CYR, due out November 27th. For more of the Corgan-produced effort, revisit the title track, “The Colour of Love”, “Confessions of a Dopamine Addict”, and “Wrath”.

In recent news, the alt-rock vets announced a 33-song (!) sequel album to Mellon Collie and the Infinite Sadness in honor of its 25th anniversary. The group is also planning to embark on an arena tour next year in further support of the classic record.