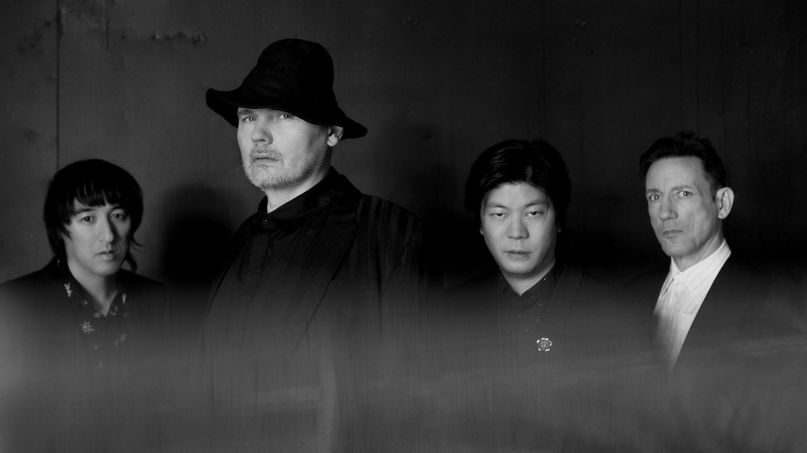 The Smashing Pumpkins have released their new double album CYR. Stream it below via Apple Music and Spotify.

CYR marks the second double album in the Pumpkins’ catalog, following their iconic 1995 album Mellon Collie and the Infinite Sadness (which they recently announced a sequel to). However, the 20-song CYR  is also a sequel in its own right, as it’s the second installment of the Shiny and Oh So Bright series, which began with their 2018 album Shiny and Oh So Bright, Vol. 1 / LP: No Past. No Future. That release was notably the first Smashing Pumpkins album since 2000 to feature Billy Corgan’s fellow founding members, guitarist James Iha and drummer Jimmy Chamberlin. CYR consists of the same trio alongside guitarist Jeff Schroeder.

In a conversation with Apple Music’s Zane Lowe, Corgan described CYR as The Smashing Pumpkins having “gone back to just being ourselves.”

“We’re good pop assassins, and I think as long as we’re sort of in that space, we’re good,” Corgan told Lowe. “Anybody can ascribe anything they want to it as far as stylistically, but it bears repeating that what most of the general public knows of the band is really only one small slice of the band’s music. The band’s sort of width was a lot wider. So this falls quite comfortably in the music that we’ve made through the years.”