Stephen King’s The Green Mile Is Long and Complicated 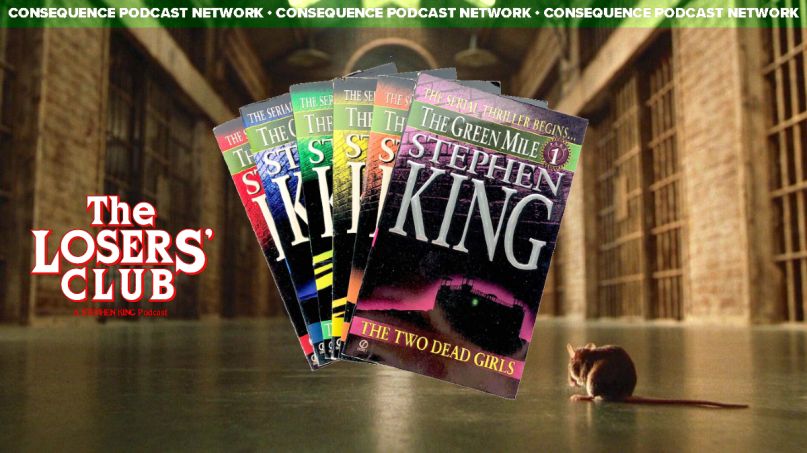 “We each owe a death, there are no exceptions, I know that, but sometimes, oh God, the Green Mile is so long.”

The Losers have left Maine for the balmy confines of Georgia Pines. It’s here they listen to a curious old man by the name of Paul Edgecombe. There’s no telling how old he is, but those weathered eyes of his speak to multiple lifetimes.

Join Dan Caffrey, Jenn Adams, Dan Pfleegor, and Michael Roffman as they begin their coverage of Stephen King’s 1996 serialized novel, The Green Mile. In the first of two episodes dedicated to the book, they discuss its themes of atonement, King’s controversial use of the Magical Negro trope, and whether or not Paul is a jerk.

That’s not all. They also discuss the Southern influence on the book, the meta structure and format that King wields, and, naturally, the ensemble cast of prisoners and guards littered throughout the pages. Along the way, the Losers stumble into a few tangents, as they’re wont to do, but they always find a way back to the linoleum floor.

So, find a cell and listen above.