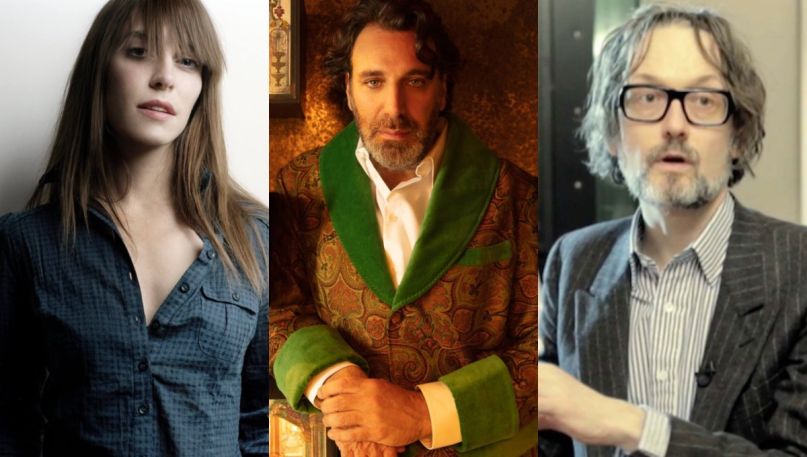 Producer, songwriter, and composer Chilly Gonzales has gifted us a new holiday album called a very chilly christmas. The 15-track collection boasts seasonal standards and timeless classics. However, the standout piece is a cover of the Purple Mountains song “Snow is Falling in Manhattan”, recorded with Feist and Pulp frontman Jarvis Cocker.

“Snow is Falling” originally appeared on the 2019 debut album from Purple Mountains, released less than a month before leader David Berman passed away. A fitting tribute both to Berman and this special time of year, this collaborative rendition from Gonzales, Feist, and Cocker is at turns cozy, calming, and reverential.

“Christmas is a time of very mixed intense emotion for me, and the existing canon often sounds like a forced smile,” Gonzales remarked in a statement. “Christmas is a typical time for superficial happiness, but also a time for reflection and mourning the sad events throughout the year, and to play the songs in a minor key makes Christmas more authentic and realistic.”

Check out the track below, followed by the full holiday LP.

Gonzales and Cocker have combined forces before, linking up for the joint album Room 29 back in 2017. That same year, Gonzales played a part in the making of Feist’s comeback record Pleasure.

In more recent news, Cocker’s new band Jarv…Is put out their debut album over the summer. He also appeared on Hot Chip’s “Straight to the Morning” single from October. As for Feist, she tackled Cat Stevens’ “Trouble” earlier this month.