Celebrating the new season of The Opus podcast, centered on the legacy of Abraxas 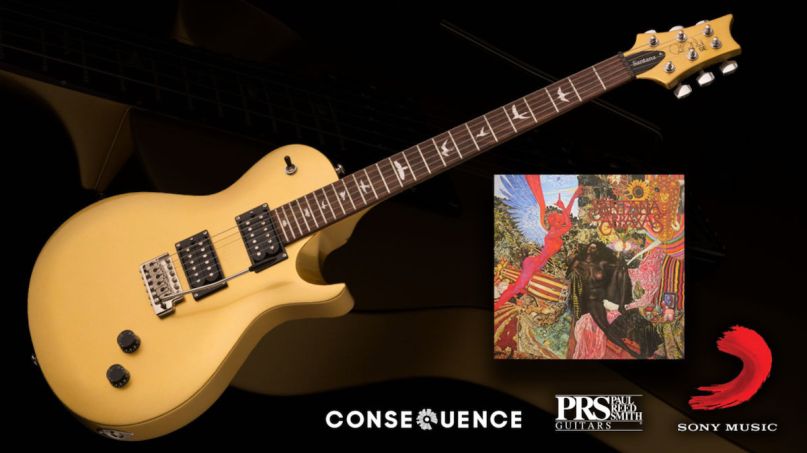 It was 50 years ago that Santana released their landmark sophomore album, Abraxas. The album’s half-century-long legacy is the focus of the latest season of The Opus, proudly presented by Consequence Podcast Network and Sony. To commemorate both the LP’s anniversary and the launch of The Opus’ 11th season, we’re giving you the chance to rock like Carlos Santana himself.

We’re giving away one (1) SE Santana Singlecut Trem in Egyptian Gold from PRS Guitars and a copy of Abraxas on vinyl. Created in collaboration with Santana, the Singlecut Trem pays tribute to the iconic guitarist’s own instrument. In 2018, Santana heard Paul’s Guitar latest TCI pickups, and was so impressed by the tone that he requested a special set for himself minus the coil taps. Thus were the TCI “S” pickups born, presented on this 24.5-inch, 24-fret, tremolo bridge SE Satana Singlecut Trem.

Five runners up will also receive vinyl editions of Abraxas. To enter, simply fill out the widget below. (Note: If you’re having trouble seeing the widget, enter here.)

The first episode of The Opus: Abraxas is out now. Make sure you subscribe to make sure you never miss an episode. You should also grab yourself an official Opus hoodie or T-Shirt at the Consequence Store.