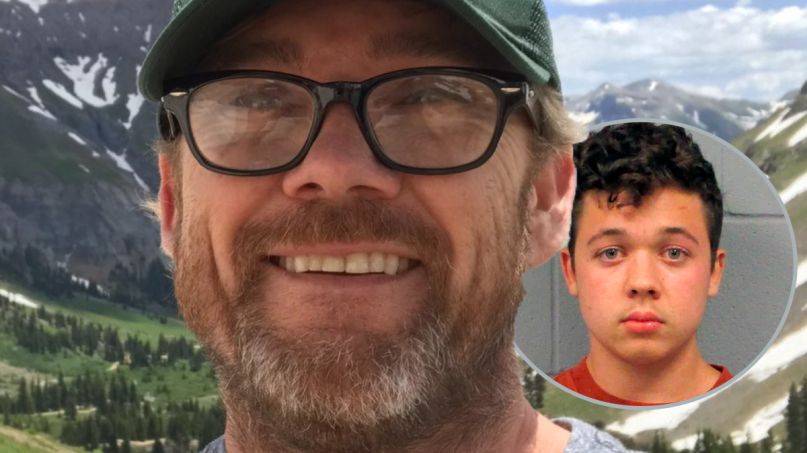 Speaking with The New York Post, Schroder confirmed he contributed “hundreds of thousands” of dollars towards Rittenhouse’s bond and legal defense. Rittenhouse is accused of shooting and killing two people during this summer’s protests in Kenosha, Wisconsin — with an illegally obtained semi-automatic rifle he bought with a his coronavirus stimulus check, no less. Along with the likes of MyPillow CEO Mike Lindell, Schroder helped the 17-year-old post his $2 million bond.

“It made me mad,” Schroder told the Post. “This boy is innocent and he will be proven innocent. I did what any father should’ve done, and that’s get a kid out of jail that doesn’t deserve to be there.”

“This was Kyle’s life being destroyed,” he went on, seemingly dismissing the fact that Rittenhouse actually ended two lives. “This is his freedom at risk. It infuriated me to see an innocent 17-year-old young man being tried and found guilty before trial.”

Schroder said he sympathizes with the alleged murderer because he himself had been “convicted in the court of the media” after he was arrested for domestic abuse in May 2019. “It sucked because everybody thought I was a woman beater, and I’m not a woman beater,” he contended. The case was later dismissed.

Since bailing out Rittenhouse, Schroder said he’s received a barrage of insults and threats via social media, to the point where he reported the harassment to police. “When people talk about coming to my home is when they get my attention,” he commented.

Obviously, threatening harm on someone via social media is never okay, though neither is crossing state lines with a gun to confront protestors. Of course, Schroder’s counterargument is that, ““He wasn’t there to stop the protests. He was there to defend property from chaos.”

Either way, the backlash hasn’t altered Schroder’s stance on Rittenhouse. “I’m in this in the long haul for this kid, until his name’s cleared,” he said. “This is a clear case of self-defense.” He also may have an ulterior mote, as it’s been reported he’s planning to make a documentary about Rittenhouse.