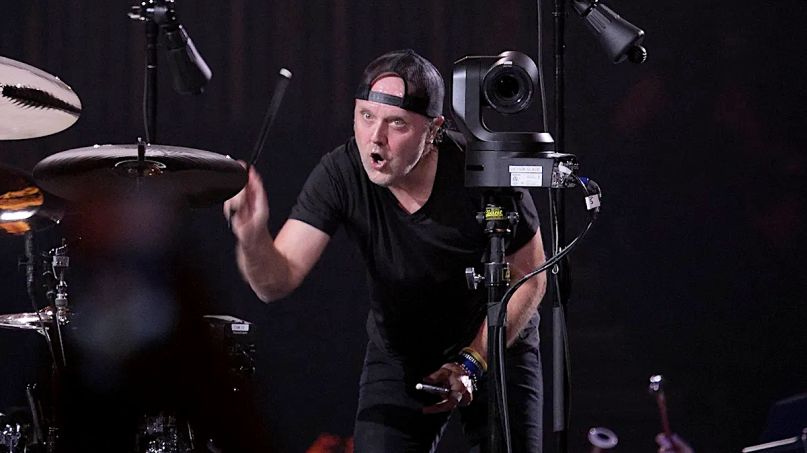 Up until this week, Metallica still had a South American tour on the calendar for December. On Wednesday, the band unsurprisingly postponed those shows indefinitely, just a day after drummer Lars Ulrich told CNBC that it will be a year “at the earliest” before big arena and stadium shows return in earnest.

Metallica originally planned to tour South America in April with support from Greta Van Fleet. Those dates were moved to December at the beginning of the COVID-19 pandemic, with the band likely thinking that it would allow more than enough time for a return to normal. Sadly, the pandemic is still in full swing, with many countries around the world experiencing their highest daily cases yet.

On their official website, Metallica stated, “It is with a heavy heart that we’re back in this space seven months later to announce that our South American tour dates scheduled for December of this year are once again being postponed due to the ongoing COVID-19 pandemic. We’re working closely with our local promoter partners to re-schedule these shows for hopefully in late 2021 and will have an update for you soon.”

While taking part in a summit organized by CNBC this week, Ulrich said that “third quarter, fall of next year, at the earliest, is what we’re betting on right now” before big arena and stadium concerts return. “As we unfortunately have to come to grips with, the last thing that will happen are big concerts, you know 20,000 people in an arena, 50,000 people in a stadium,” remarked the drummer.

Trying to offer a silver lining, the metal veteran added, “The good news on the live concert front, when Metallica and other bands like Metallica play big arena or stadium concerts again, then you can pretty much count on the fact that COVID, as we know it now, is over.”

Metallica are one of the acts who’ve turned to streaming concerts during the pandemic, with the band members reconvening in August to perform a show that was screened in drive-in theaters nationwide. The metal legends are also streaming their “Helping Hands Concert & Auction” benefit show this Saturday (November 14th).

However, Ulrich believes streaming concerts and drive-in screenings have their limitations. “[The drive-in concert screening] was a success, but at the same time, I don’t know what kind of legs that kind of experience will have because I think it’s more of a one-off event. I don’t think it’s something you could do too often. The burnout factor is too big.”

Ulrich’s prognostication comes the same week as Pfizer announcing that its COVID-19 vaccine has had a 90-percent success rate in trials, perhaps giving more hope to an earlier return for concerts. That said, even if the vaccine is approved, it will still take a number of months for mass distribution.

According to a new report, Ticketmaster is developing a verification system in which concertgoers will need to display proof of a negative COVID test result or verify their vaccination status before being admitted into a show.

Metallica were recently announced as headliners of the 2021 Aftershock Festival, which is scheduled to take place in Sacramento in October of next year, falling in line with Ulrich’s timeline. For now, Metallica fans can purchase tickets to the band’s aforementioned streaming benefit concert, with proceeds going to the metal icons’ All Within My Hands Foundation.