If convicted, the rapper could face up to 10 years in prison 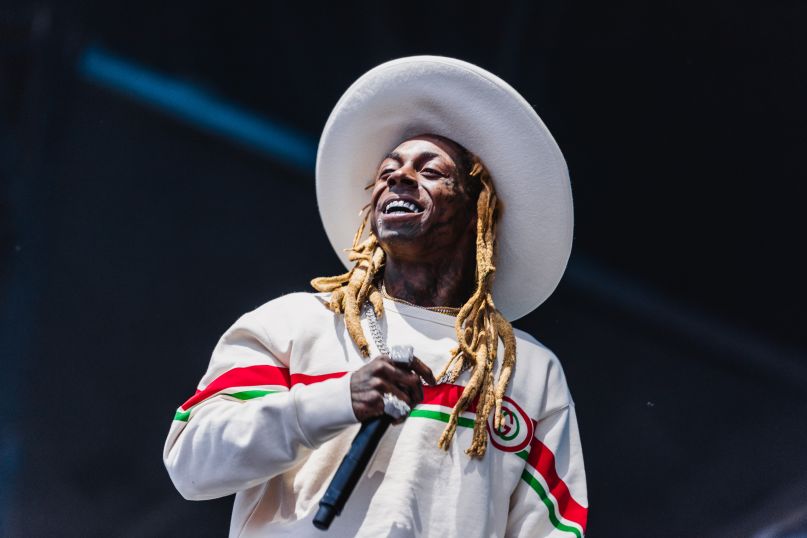 According to TMZ, the U.S. Attorney for the Southern District of Florida has charged the 38-year-old rapper with one count of possession of a firearm and ammunition by a convicted felon. The charge stems from the discovery of a firearm aboard Lil Wayne’s private plane in December 2019.

An anonymous tip led federal authorities to search Lil Wayne’s aircraft upon its arrival to Miami-Opa locka Executive Airport on December 23rd. According to a search warrant obtained by the Miami Herald, inside the rapper’s bag, agents reported finding a gun, along with bullets, suspected cocaine, ecstasy, marijuana, heroin, pain killers, prescription-strength cough syrup, and $26,000 in cash.

In an ensuing interview, Wayne acknowledged that the gun was his, and that he received it as a Father’s Day gift. Despite the admission, authorities allowed him to leave the scene as they continued their investigation.

“[Lil Wayne] is charged with possessing a gold-plated handgun in his luggage on a private plane. There is no allegation that he ever fired it, brandished it, used it or threatened to use it. There is no allegation that he is a dangerous person. The charge is that because he was convicted of a felony in the past, he is prohibited from possessing a firearm,” Srebnick noted.

“Although the Supreme Court has not yet decided the constitutional question, Justice Amy Coney Barrett recently wrote an appellate dissenting opinion in which she stated that ‘Absent evidence that he either belongs to a dangerous category or bears individual markers of risk, permanently disqualifying [a convicted felon] from possessing a gun violates the Second Amendment.'”

If that legal argument proves unconvincing, Wayne has another major card in his back pocket: a potential presidential pardon. As we know, Donald Trump loves rewarding his supporters, and given that Wayne publicly stumped for him prior to the election, the outgoing president may be willing to help the rapper out before he leaves office.

Lil Wayne was previously convicted in 2010 of criminal possession of a weapon after a semi-automatic firearm was found on his tour bus in New York. He was sentenced to one-year in prison at Riker’s Island, but was released after eight months.