She also said the release date for her other new LP, Chemtrails Over the Country Club, has been delayed until spring 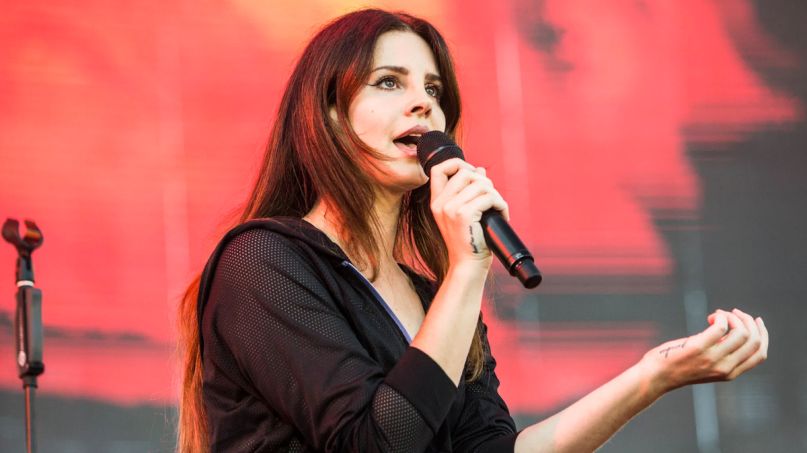 Like everyone else in the country, Lana Del Rey spent Tuesday night eating at Denny’s and announcing a new album. Wait, what?

The Norman Fucking Rockwell! singer hopped on Instagram Live while getting dinner and checking in on the election results. After a brief update on Texas and Florida, LDR thought it would be a great time to discuss her upcoming projects. Because, you know, priorities mean nothing, it’s 2020, and we still don’t know who the president will be next year.

First, Del Rey revealed what we all already knew: her next LP Chemtrails Over the Country Club has been delayed. She noted that she was indeed finished with the new album, which she described as “folky” and “super different from Norman.” However, though she initially anticipated a September release, it now looks like it won’t arrive until spring due to a “16-week delay on the vinyl process.” “Because I can’t get the record plants to open until March 5th,” she added. “That probably goes for a lot of people out there.” Yep, there probably are other musicians trying to get their records pressed.

While LDR recently released “Let Me Love You Like a Woman” from the upcoming album, she knows fans won’t be satiated. To that end, she’s promised to release “a digital record of American standards and classics for Christmas.” She didn’t give many details, but said, “I have some Patsy Cline songs I’ve been wanting to cover for a really long time, a couple of really cool Americana songs with [country singer-songwriter] Nikki Lane that I’ve just kind of had in my back pocket.”

In addition, Del Rey posted a video of herself singing an a capella version of “You’ll Never Walk Alone”, a ballad from the 1945 musical Carousel. The Liverpool football club adopted the song as their anthem after Gerry and the Pacemakers covered it in 1953, and LDR’s rendition is for a new documentary on the team’s manager. As you can see in the clip below, her take on “You’ll Never Walk Alone” sees her really digging into that falsetto.

If you’re a bit flabbergasted by why someone would turn the attention to themselves like this on the eve of the most important and closely fought election of our lifetime, you haven’t been paying attention to Lana Del Rey lately. The singer has had a number of “you’re doing it wrong” moments this year, from her advocacy for fragility that came off kind of racist, to her not understanding how filming looters and protesters works, to wearing a mesh facemask because it looked pretty. At some point, even one of the country’s best songwriters has gotta check their ego at the door. Then again, she’s still doing some good with her platform, like recently donating $350,000 to the DigDeep’s Navajo Water Project.

Editor’s Note: Stay safe by picking up one our face masks in the Consequence of Sound store. A portion of the proceeds will benefit MusiCares’ COVID-19 Artist Relief fund supporting independent musicians.