by Matt Melis and Jordan Blum 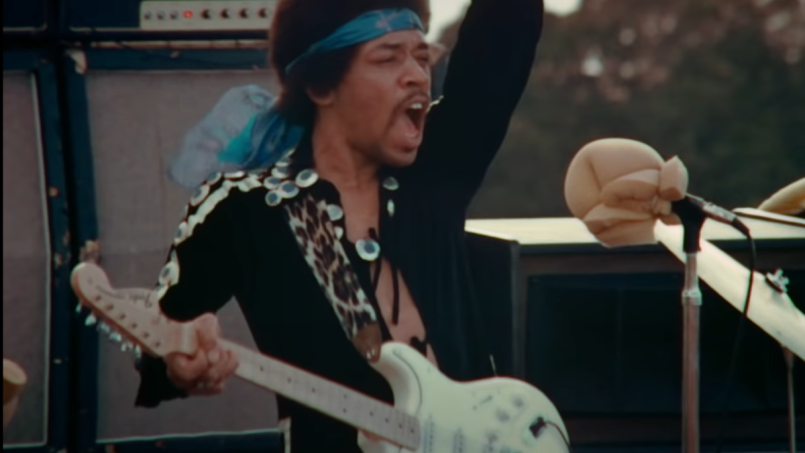 Jimi Hendrix from Live at Maui
view all
Next

The term “legend” gets tossed around too liberally. So does the qualifier “iconic.” That’s not the case with Jimi Hendrix. The Seattle-born guitarist and the impact he had on both popular music and culture as a whole in such a brief time are the thing of legend. It’s a legend captured, yes, by a series of ground-breaking studio albums, live recordings, archive film footage, and various artifacts from guitars to gypsy-style stage clothes exhibited in museums. But, equally important, his legend exists through the stories that people tell and retell hundreds of times, how listening to or seeing Hendrix made them feel, and all the other little moments they pluck out from what remains — in some cases, only in memory — of the man’s legacy. And when those moments enter into the public Idea of Jimi, they can rightfully be classified as iconic. They are the details, the parts of the legend that make us all nod and agree that, yes, that was Jimi Hendrix.

His legend will no doubt loom a little larger this week after the long-awaited release of Live in Maui and the accompanying documentary, Music, Money, Madness … Jimi Hendrix in Maui. The doc details the strange story behind the making of the 1971 film Rainbow Bridge. In short, the experimental film — billed in concept as the “antidote to Easy Rider” — crumbled in the hands of its director and producers, and the bulk of the footage of Hendrix performing with drummer Mitch Mitchell and bassist Billy Cox in what would be the trio’s second-to-last performance in the United States suffered from technical difficulties, got brutally edited, or just landed on the cutting-room floor altogether. While the film has gone down in the annals of botched movies, the Hendrix footage has been reclaimed from the cinematic wreckage and finally given the treatment it deserves in its first official release. As it turns out, not only is the 50-year-old performance full of essential Hendrix guitar gusto, but it’s likely the only time — and this sounds like the stuff of legend — the guitarist gave an intimate, outdoor performance in a tropical locale for an audience of wacky hippies and a chanting collective of Hare Krishnas.

In the spirit of stumbling upon treasures like those found in this collection and documentary, we’ve decided to take a look back at the live moments that have come to define Jimi Hendrix in the public imagination. We have no doubt that his exploits in Maui will only continue to help that legend grow in beautiful and unpredictable ways. Ways that make us think: only Jimi Hendrix.

The Live in Maui vinyl box set is finally being released 50 years later. Alongside the collection’s three LPs is a Blu-ray of the new documentary Music, Money, Madness… Jimi Hendrix in Maui, which recounts the whole wild story of Rainbow Bridge and Hendrix’s performance. The set is out November 20th via Experience Hendrix, L.L.C. and Sony Legacy Recordings — but before they even drop, we’re giving you a chance to win them both.

We’re giving away one (1) copy of the Live in Maui box set, including the Music, Money, Madness… Jimi Hendrix in Maui documentary. Oh, but it gets so much better: We’re including a Fender Stratocaster in Polar White, plus a grip of Experience Hendrix merch including a T-shirt, sweatshirt, and beanie.

To win it all, simply enter using the widget below. (Note: If you’re having trouble seeing the widget, you can enter here.) The giveaway is open to residents of the US and Canada only, and requires entry into both the Consequence of Sound’s and Sony’s Hendrix newsletters.