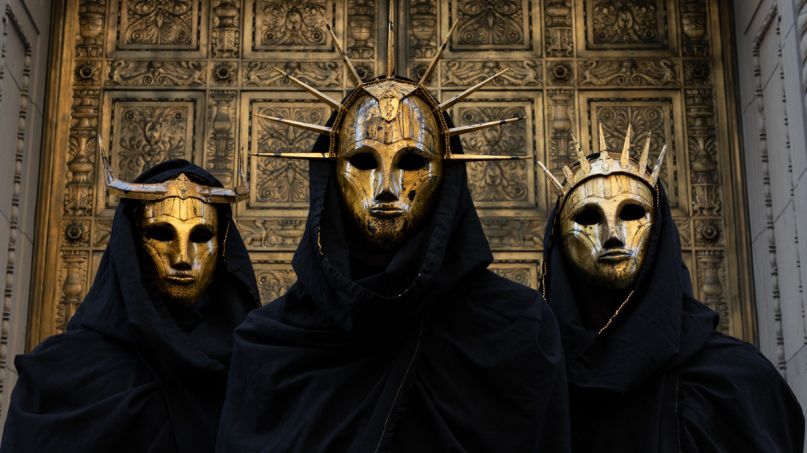 Imperial Triumphant, courtesy of The Orchard

Avant-metal act Imperial Triumphant take us inside the life of a New York City cabbie in their music video for “Excelsior”, which is premiering exclusively via Heavy Consequence.

The highly cinematic clip is steeped in Taxi Driver vibes, as we encounter the city’s inhabitants from the perspective of the protagonist, a rugged cabbie.

But, like the music of Imperial Triumphant, it’s a melancholic portrayal of NYC — from which the band hail — a place that’s grown even more daunting during the pandemic.

“Many people flock to the big city with golden dreams in their eyes willing to do whatever it takes to succeed, like the ones they see at the top,” bassist Steve Blanco said. “It is the seal of approval; the medieval crest upon which the very fabric of humanity’s elevation prevails. The failure and losing streak is a deceptive reality that slowly finds its way as diminishing returns, caught up in the illusory system. Ever upwards!”

Imperial Triumphant’s epic 2020 album Alphaville also appears to have taken some inspiration from the city, both in its artwork (the Empire State Building is clearly visible on the metropolis-style sleeve), ominous nocturnal atmosphere, and apocalyptic lyrics.

Imperial Triumphant’s cacophonous blend of jazz and blackened death metal is proudly uncompromising in almost every way — a grim reminder that even if things are bad, they could always get worse.

Watch the video for “Excelsior” below. You can pick up Alphaville via Imperial Triumphant’s Bandcamp or Amazon.