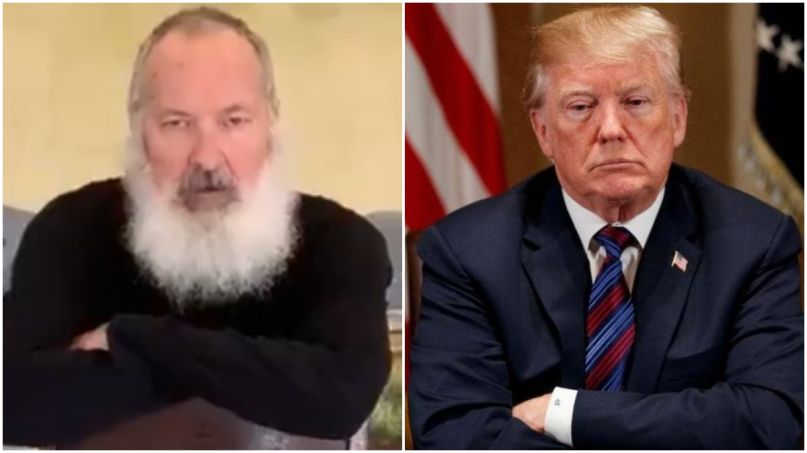 Between Rudy Giuliani’s cartoonish press conferences and vast swaths of the Republican apparatus urging Donald Trump to concede the election to Joe Biden, our president’s #StopTheSteal campaign has been, as many of us expected, a farcical failure. Yesterday, Trump so much as admitted defeat by authorizing his team to begin the formal transition to Biden’s administration, but as many of us also expected, Trump will never rhetorically concede defeat, and that delusional stubbornness has forced him to reach deep into the bench of supporters who endorse his detached worldview.

Enter Randy Quaid. The 70-year-old actor is best known for his character Cousin Eddie in the National Lampoon’s Vacation franchise, but he himself has become the target of some national lampooning in recent years. Much like fellow actors-turned-Trump bootlickers James Woods and Jon Voight, Quaid uses his Twitter account to unload absolutely unhinged MAGA videos that might pass for anti-humor or irony on first watch, but are actually 100% serious.

Naturally, Quaid has been blasting off tweets about the election being stolen from Trump, and today the big man himself caught wind of Quaid’s ass-kissing and retweeted a bunch of his ludicrous drivel. The first was this preposterous sermon from October 2019 that Quaid has pinned to his profile in which he dramatically plops down in a chair and says, “Is this the way America goes? From George Washington to George Soros? From oceans white with foam to a socialist swamp?”. That sort of thing — and for two minutes straight.

Minutes later, Trump quote-tweeted Quaid saying, “I just don’t see Americans rolling over for this election fraud. Do you?”, with a hearty “No!”, like some sort of pathetic call-and-response. The one-term president then proceeded to thank Quaid for “working hard to clean up the stench of the 2020 Election Hoax”, and urged Republicans to listen to Quaid’s demand for in-person paper ballot voting in order to prevent rigging.

Then came the piece de resistance. Trump retweeted a Quaid video from two weeks ago that sees him looking like a demonic Santa Claus while bellowing into his phone camera about Fox News’ ratings collapsing. Here, Quaid puts whatever acting skills he has left to use by speaking in a series of accents that sound like Yoda, Smeagol, and a generic comic book villain. “They forgot the golden goose”, Quaid says in reference to Fox News not going full-on #StopTheSteal the way Trump hoped they would. “The only difference between the 2016 election and 2020: Fox News,” he says while sticking his tongue out and making a snake-like spitting noise.

TIME TO MAKE OAN & NEWSMAX RICH. FOX IS DEAD TO ME! pic.twitter.com/IhnDXCJ7a7

These are the players Trump has left on his team at this point. All stars.