The latest preview of Deftones' Black Stallion LP, which remixes every song from White Pony 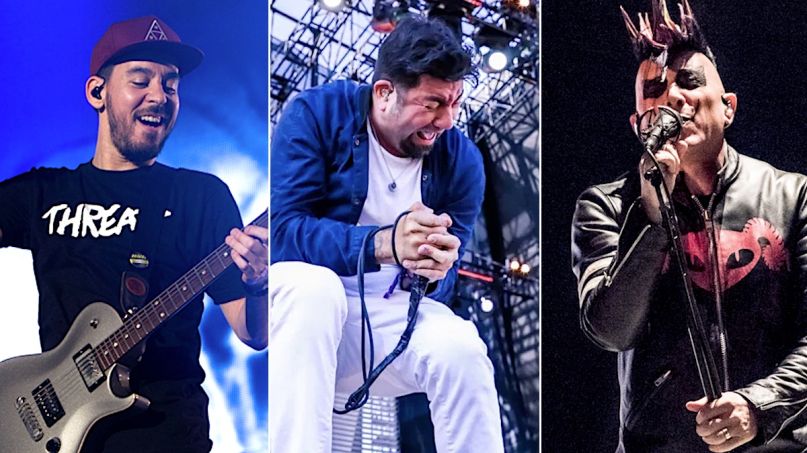 Deftones are set to release Black Stallion, a companion LP featuring remixes of every song from 2000’s White Pony. As the latest preview of the release, they’ve shared Mike Shinoda’s remix of “Passenger”.

“Passenger” is a standout track on White Pony, featuring guest vocals from Tool singer Maynard James Keenan. On this version, Linkin Park’s Shinoda turns the tune into an ambient electronic track while maintaining the dynamic vocal interplay between Keenan and Deftones singer Chino Moreno that was in the original song.

The remix album Black Stallion will arrive as part of a 20th anniversary deluxe edition of White Pony, set to be released on December 11th. Among the other artists offering remixes are The Cure’s Robert Smith, DJ Shadow, Phantogram, Squarepusher, Clams Casino, Salva, and Blanck Mass. A remix of “Knife Prty” by Purity Ring was the first single released from Black Stallion.

The second half of 2020 is proving to be a fruitful one for Deftones. In addition to the upcoming White Pony x Black Stallion release, the alt-metal act released its ninth studio album, Ohms, in September. The band had planned to embark on a North American headlining tour, both those dates have been rescheduled for 2021 due to the pandemic.