The Bangtan Boys' third LP of 2020 arrives later this month 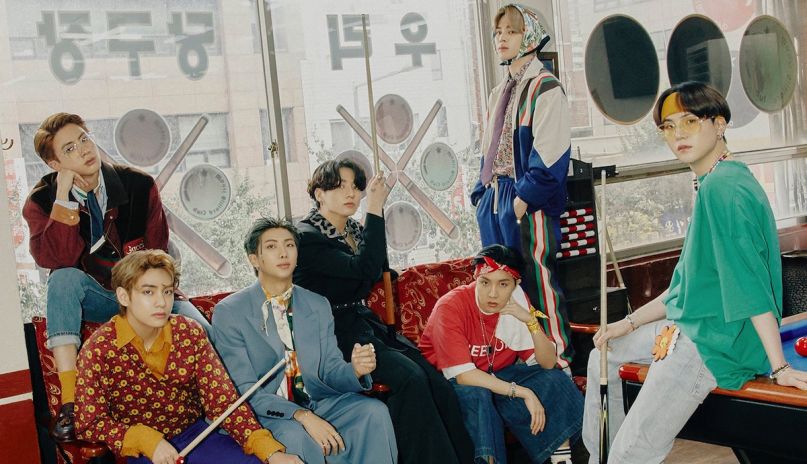 Rise up, #BTSARMY! BTS have just unveiled the tracklist for their highly anticipated new album, BE (Deluxe Edition).

The forthcoming full-length consists of eight songs, including titles like “Fly to My Room”, “Blue & Grey”, “Telepathy”, and “Dis-ease”. The explosive and record-breaking “Dynamite” serves as the LP’s closing track, while “Life Goes On”, said to be the K-pop outfit’s next single, opens the entire album.

According to a previous statement, the new BTS record “imparts a message of healing to the world by declaring, ‘Even in the face of this new normality, our life goes on.’” BE (Deluxe Edition) is also significant as it marks the first time the septet was involved in the overall production, from the concept concept, to the composition, to the design, and more.

“BE (Deluxe Edition) reflects the thoughts, emotions and deepest ruminations of BTS while working on the album,” the statement continued. “This new project offers an even richer musical spectrum experience as well as the most ‘BTS-ish’ music yet.”

The new album is officially set to drop November 20th, and two days later, the Bangtan Boys will perform “Life Goes On” live for the first time at the 2020 American Music Awards. BE (Deluxe Edition) is the megastars’ third LP (!) of the year following Map of the Soul: 7 from February and the Japanese-language companion project Map of the Soul: 7 – The Journey from July. Below you can check out both the digital album cover and the tracklist lovingly handwritten by BTS themselves.