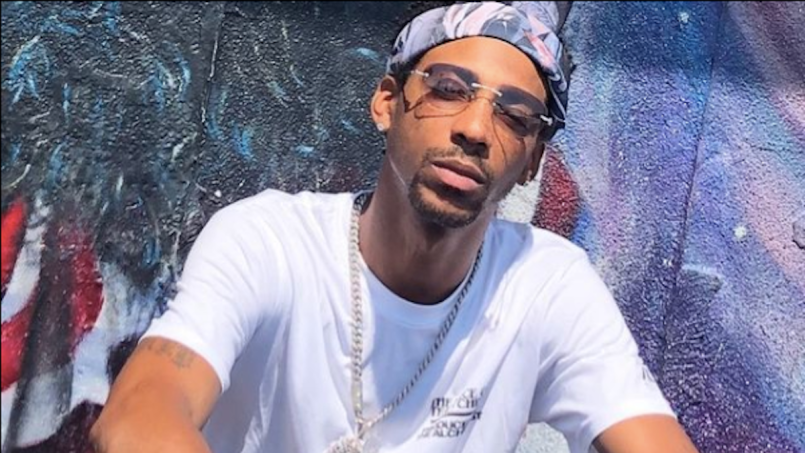 While most everyone has spent 2020 in isolation, Boldy has been making album-length projects with some of his favorite producers. He kicked off the year with The Alchemist and the towering statement of The Price of Tea in China, followed that up with the groovy, slightly psychedelic Manager on McNichols from Sterling Toles, and linked up with Jay Versace for his Griselda Records debut on The Versace Tape.

This time around he’s joined forces with Real Bad Man, who made waves last month with the star-studded EP On High Alert Volume 3. That project opened with a Boldy James collab called “Dig It Up”, a head-bopper that played Boldy’s earthy verses against a cosmic beat. It bodes well for Real Bad Boldy, which the Detroit MC says is inspired by his “life before music.” In an interview with Complex, he said,

“With Real Bad Boldy, I’m talking about my life before music; before I caught this second wave that I got right now. Things that I am into, this art of hustling. I didn’t really make it in this industry as a youngin,’ I made it once I got a little older and I feel I am in my prime now.  I had a life before music and that’s what I rap about. I’ve lived enough life to where it writes the music for me. I don’t have to recap, or reflect, back on it too hard because this is my real life. This isn’t me taking something I’ve seen, or been fascinated with and creating a fictional truth out of it, because I’ve seen it. I am not a “seen it” kind of guy.  I am a “lived it type of guy, and this is what it sounds like when you’ve really lived it.”

The lead single “Thousand Pills” features the kind of laid-back, atmospheric track that Boldy has been eating up all year. His verse is a knotty trip through the trap, with an avalanche of punchlines and internal rhymes providing the song its forward thrust. He spits, “First come, first serve, whoever was first in line/ Still servin’ nines, work cleaner than some turpentine/ In the towers on the rooftop with the grow growers/ Hit the powder with the woo-wop, he like it hardboiled.” Stream “Thousand Pills” below.