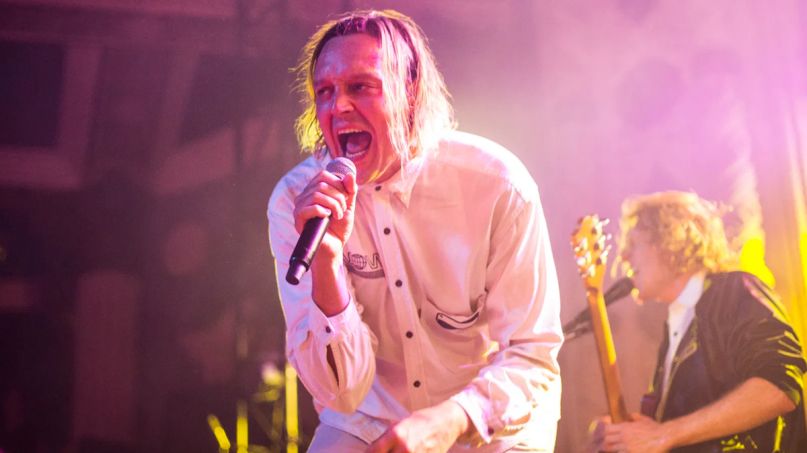 Early into quarantine, Win Butler revealed that the pandemic put the breaks on the recording of Arcade Fire’s new album. The frontman said he’d instead turned to writing more, and now it looks like he’s come up with enough material for more than just one Everything Now follow-up.

In a new interview on Rick Rubin’s Broken Record podcast, Butler hinted that the delay in recording may end up fortuitous for those who can’t get enough Arcade Fire. “We would’ve been getting towards wrapping up [recording a new album], I think,” he said. “So instead we just wrote two or three.”

Butler explained that it usually takes the band a full year of writing before they’re ready to go into the studio. After wrapping up the Everything Now tour in 2018, they set to work on creating the follow-up. Arcade Fire were finally ready to reconvene in the studio when COVID hit. “It felt like being on the roller coaster and it goes up and you’re going into it, and it’s like exactly then… Once your body’s already going, there’s no stopping it, so I’ve just been writing,” Butler told Rubin. “I can’t remember a time when I’ve written more. Feels like being 18, just sitting at a piano for five days in a row just working on a melody for a verse.”

The band still intends to get into the studio again soon, though Butler admits it’s a bit of a logistical nightmare. With his bandmates spread out across the globe, bringing everyone to one spot during a pandemic is a challenge. Still, they’re hoping to hold sessions in Texas “during the election,” so it sounds like recording could be underway within the next few weeks.

Elsewhere in the chat, Butler and Rubin touched on how the qualities of a studio impact the music, their love of Neil Young, and how Rubin’s favorite Arcade Fire song is “My Body is a Cage”. The interview also coincided with the 10th anniversary of The Suburbs, so of course there’s a lot of discussion about that 2010 LP, as well. Listen to the entire episode of Broken Record below.

While we haven’t heard any new Arcade Fire music this year (for the reasons detailed above, natch), we have gotten some solo releases from two of the band’s members. Both Will Butler and Jeremy Gara dropped their respective solo albums, Generations and Passerine Finale, last month.